Never in my childhood dreams or wishes that I have thought of going places especially to other parts of the globe than simply find a good job in the Philippines. The only thing I knew when I decided to leave the Dominican Order was a solid plan to go back to school and take up Chemical Engineering in addition to the A.B. Philosophy degree I received from the Dominican Center of Studies in May 1980. I considered the technical degree as an assurance of financial sustainability to myself and to my family on a long term basis with philosophy as my back up. Certainly, the training and self-discipline I earned from my Dominican formation of 5 years play an important role in my career and personal life until now. 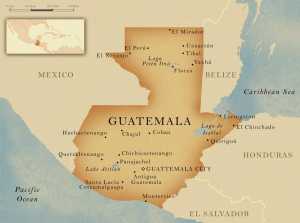 Being the Supplier Quality Engineer of our company, it gives me an opportunity to travel domestically and internationally to conduct food safety and quality audit at our suppliers’ manufacturing sites as part of our Supplier Quality Program. During these travels, planned or unplanned as time permits, I would visit churches and cathedrals in addition to exploring typical tourist attractions that one city or country has to offer. I feel like, as if I have become an itinerant auditor coupled with “church visitations”. The religious landmarks attract me the most as it is embedded in my personal liking as one of my top priorities.

On October 23-25, 2017, I had the opportunity to travel to Central America, particularly in Guatemala City. Coincidently, one of the suppliers I am auditing is only about 25 minutes driving distance to Antigua. As a gesture of their hospitality, we drove to the ‘old city’ immediately after the audit was completed. Whether it was divine intervention or predestination, I embraced it with both arms outstretched and jubilation internally. 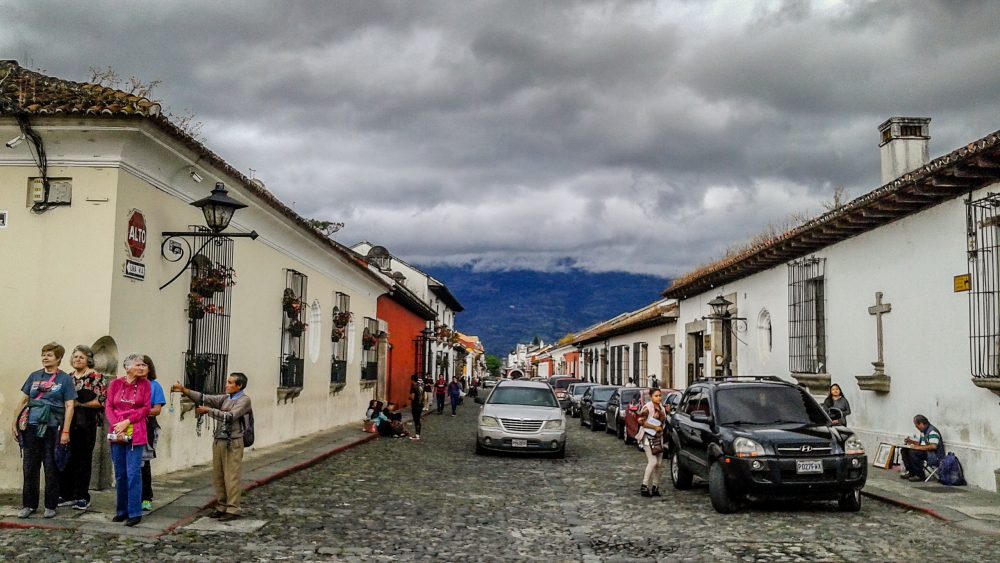 Antigua Guatemala, as its name suggests, means ancient Guatemala. It is an old city and the first capital of Guatemala. As I set my foot on the ground, I can say with full certainty that this small city is truly a “ciudad vieja.” All its intersecting streets within are made up of river stones laid in almost equidistant. From a distance, these stones appear to be in straight rows, well-engineered by human hands. 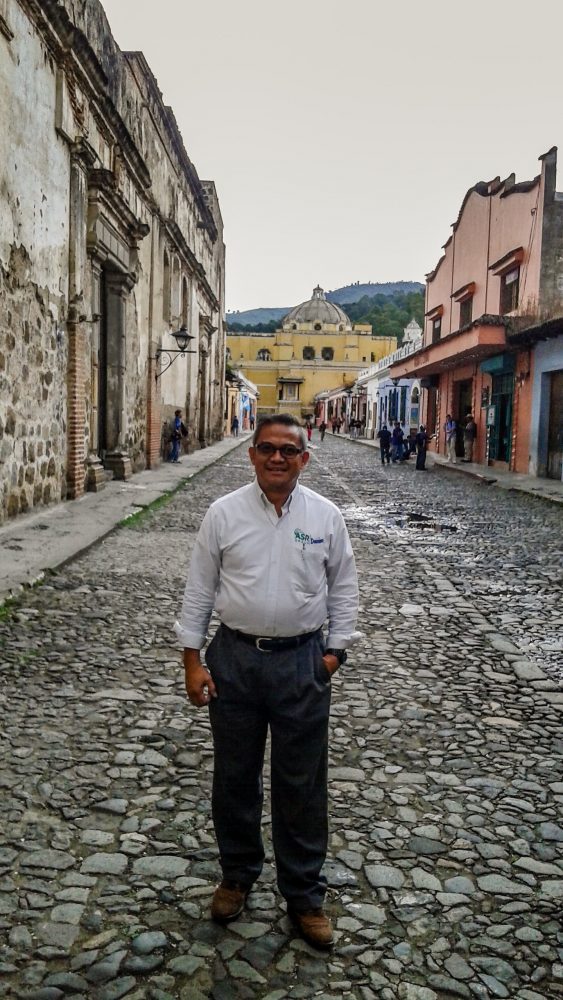 The author standing on one of the river stones-lined streets.

In order to maximize our time, we hired a “standby tour guide” to help us navigate and provide relevant information about Antigua. For an hour, we drove around the old city intermittently stopping by important landmarks with special interest on old churches. It is obvious that the Spanish colonialism transcends through its baroque architecture and the colonial churches. Unfortunately, natural calamity destroyed the city when Volcan de Agua erupted in 1541. For more than 200 years, Antigua served as the seat of military government of the Spanish colony of Guatemala. The old city, as I have noticed, was laid in a square pattern. The streets intersect as they run from North to South and East to West. 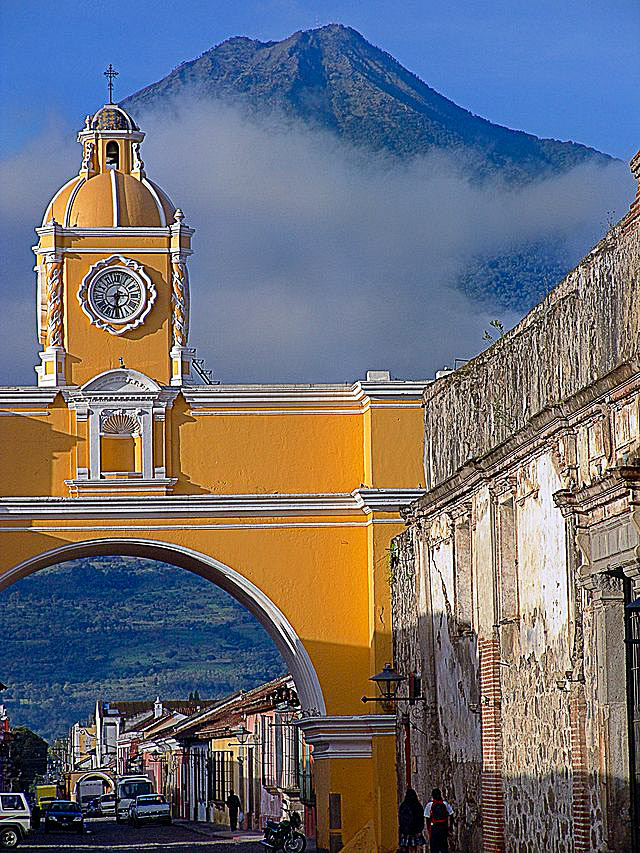 The Square against the backdrop of Volcan de Agua.

There were several earthquakes from the 16th to 18th century that struck the city and destroyed many churches and public edifices. This devastation made the ‘conquestadores’ and the colonial government abandon the city. I was told that the native Guatemalans, the majority of them, stayed and started rebuilding their community from the destructive earthquakes. I was informed that the city had a total of 37 catholic churches. I was in great awe when I heard the number. Nevertheless, the catholic missionaries of the Franciscans, Dominicans, Jesuits and other congregations who moved into this old city justify the solid catholic faith and devotions of the Guatemalan natives. Hence, there is this number of many churches that existed in the city.

Facing the plaza is the restored Antigua Guatemala Cathedral. The earthquake in 1773 mostly damaged the building but was continuously rebuilt. 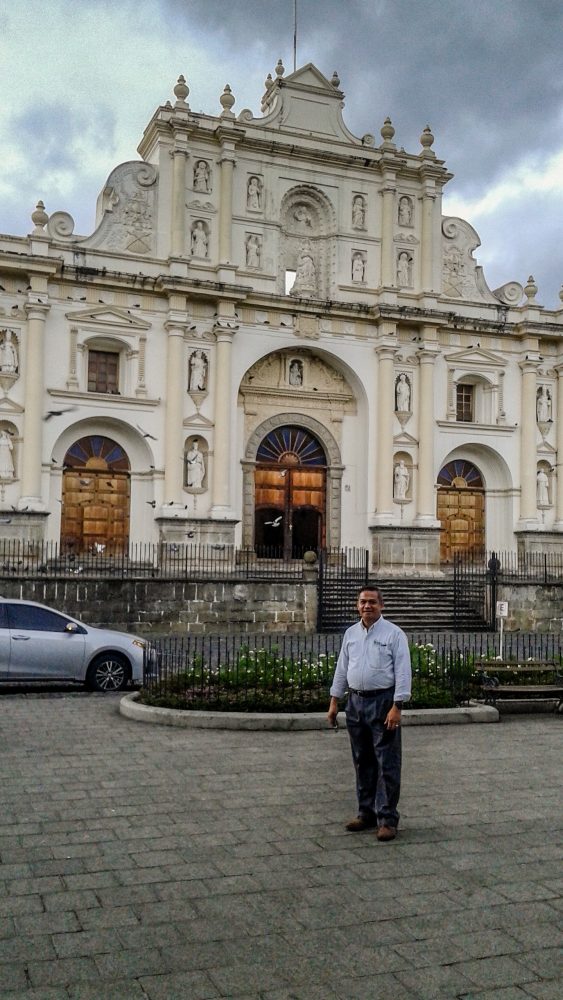 Infront of the Guatemala Cathedral.

The restored San Francisco Church which is run by the Franciscan priests until now stands a few blocks away. The ruins of Franciscan monks monastery lay next to the church. I had the opportunity to walk through the top of this ruin. 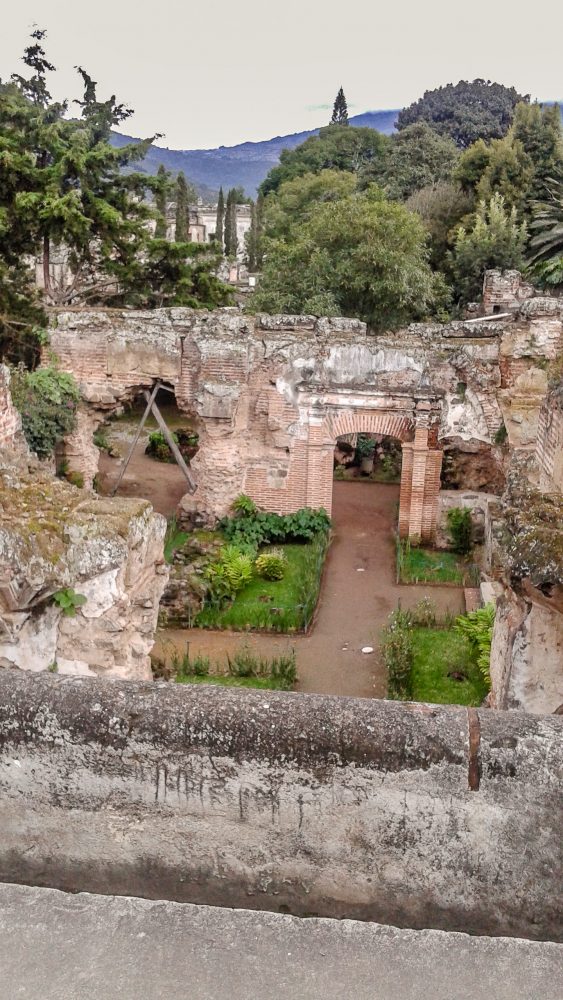 Ruins of the Franciscan Monks' Monastery. 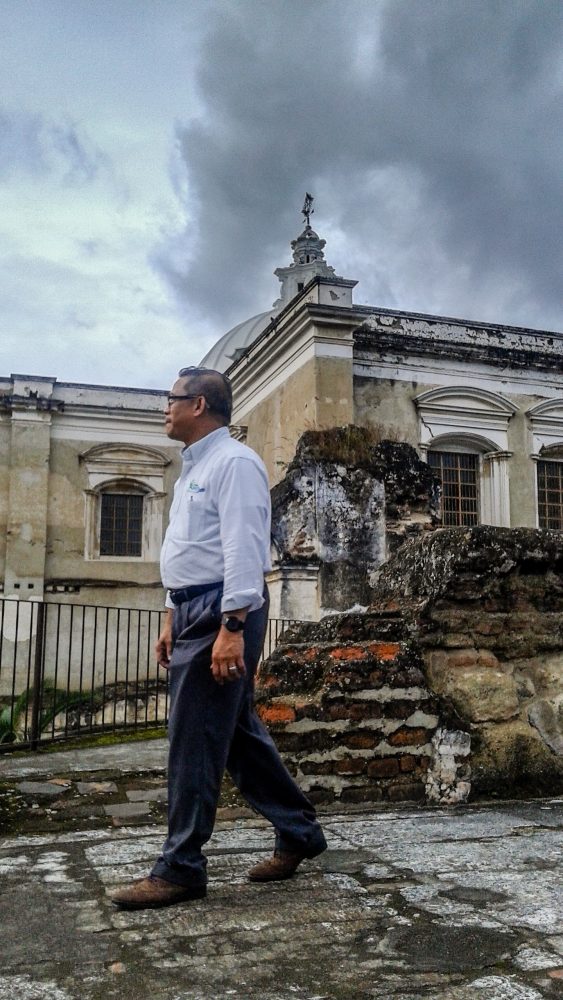 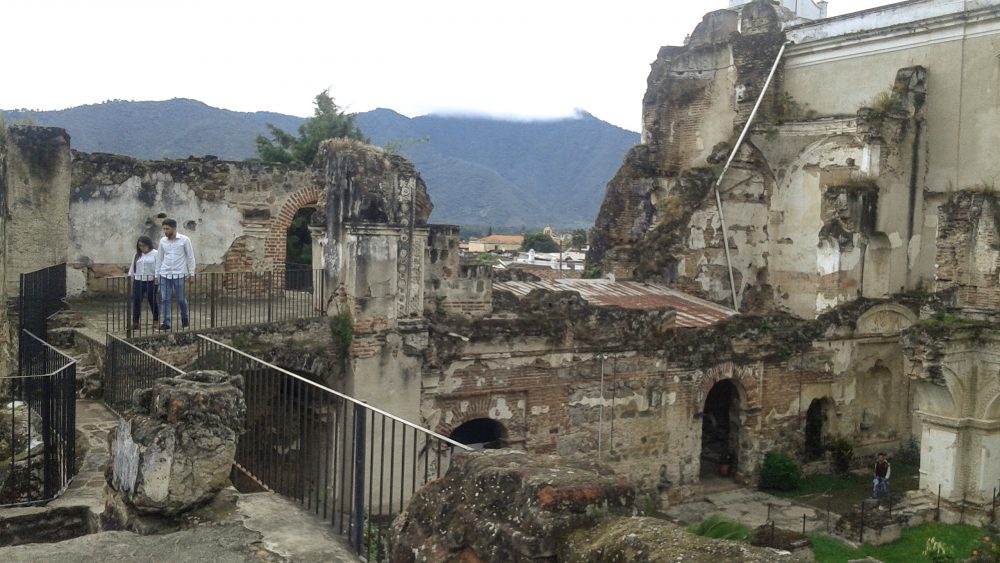 Part of San Francisco Church that was preserved. 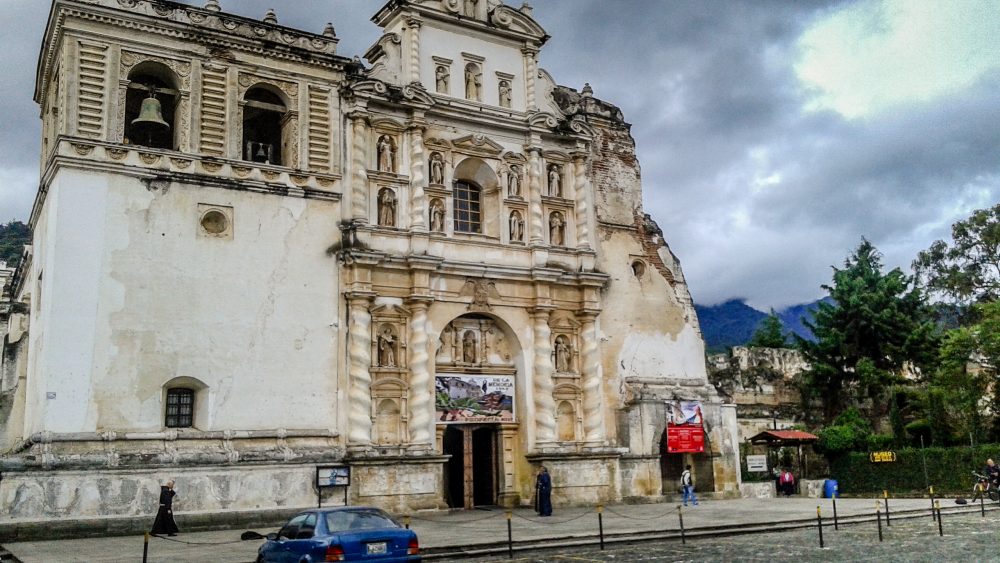 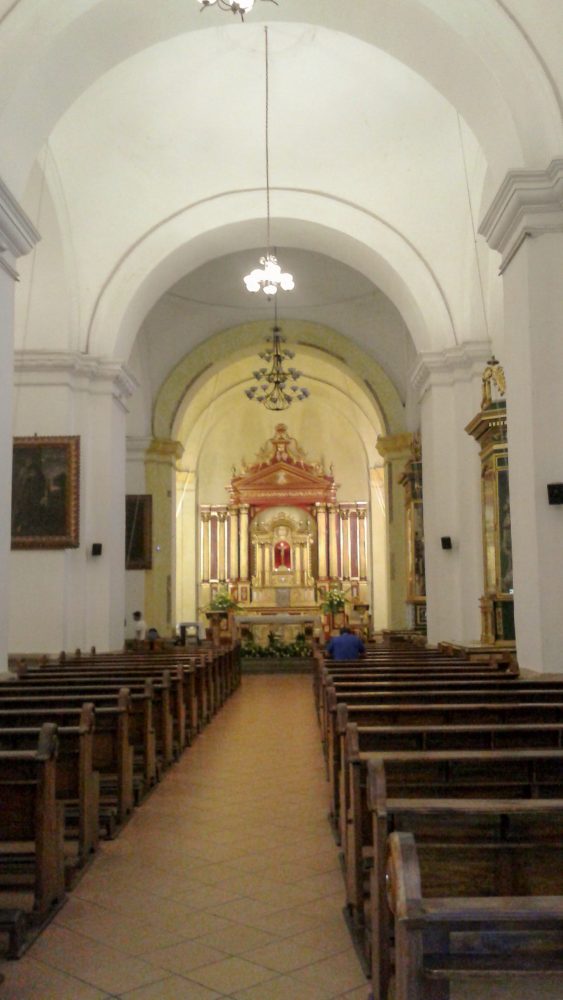 In 1608, the Jesuits founded a school and a temple which both were damaged by earthquakes.

The Dominicans had managed hospitals from 1636-1685 that served both the indigenous people of Guatemala and the Spaniards. 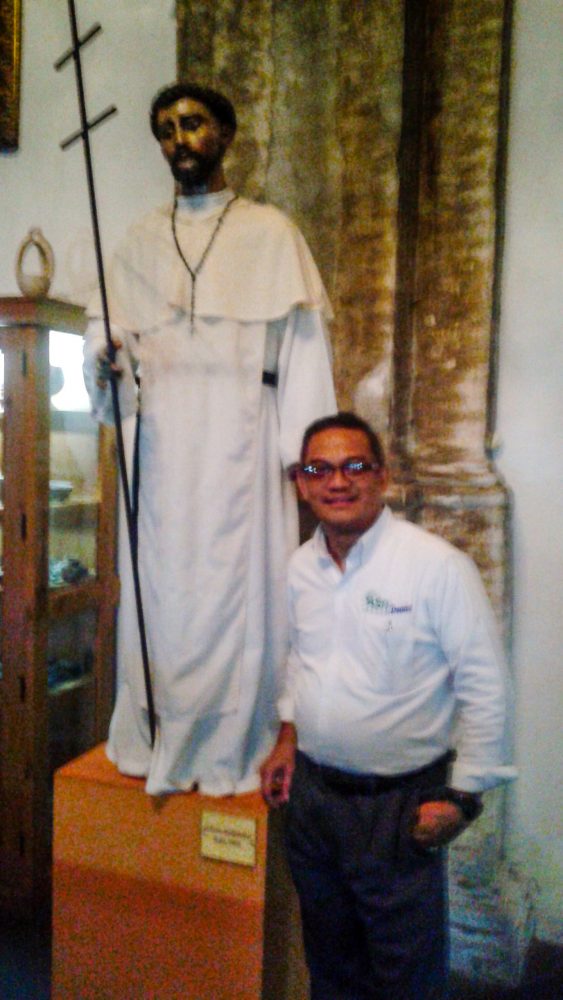 A picture with St. Dominic inside the Cathedral Museum.

Seeing the remnants of the ruins is heart-breaking. However, on the other side of all this, what has been restored and preserved, tells me how strong and resilient the natives of Antigua are. Their forefathers had endured through natural disasters but held on to their strong catholic faith and hope that their culture will be preserved till the next generations. 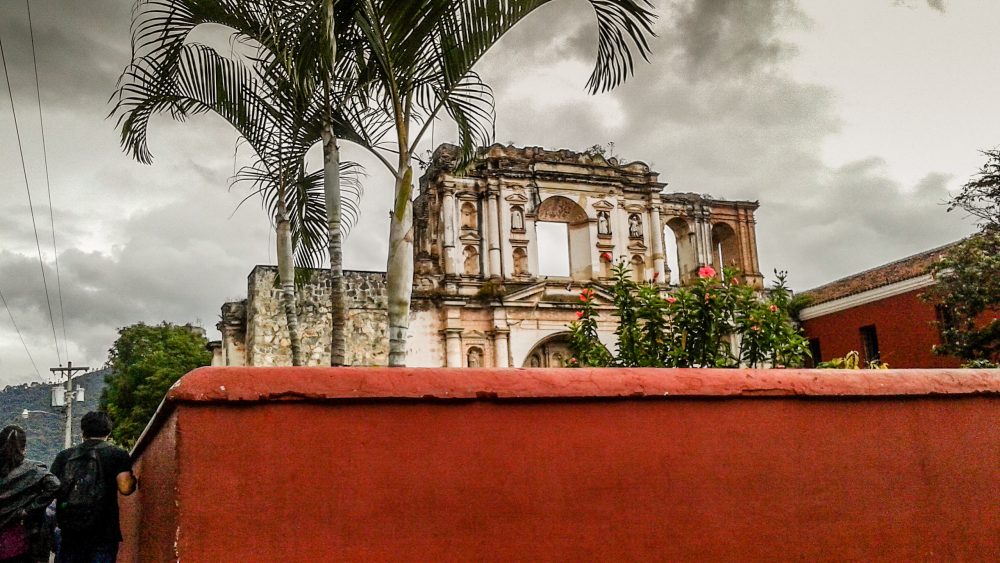 With my tight schedule, I am aware that “there are so many stories to be learned but so little time” about this historical city, but I have to go back to my hotel for an early flight the next morning. Today, as it is known, Antigua Guatemala, with its well-preserved Spanish Baroque architecture and many partly restored churches and preserved ruins of colonial churches, has been designated as a UNESCO World Heritage Site. With that designation alone, for more than 400 years, this little city, the Ciudad Vieja, withstood the test of time, proud of its culture and heritage as it continues to rise above its ruins. 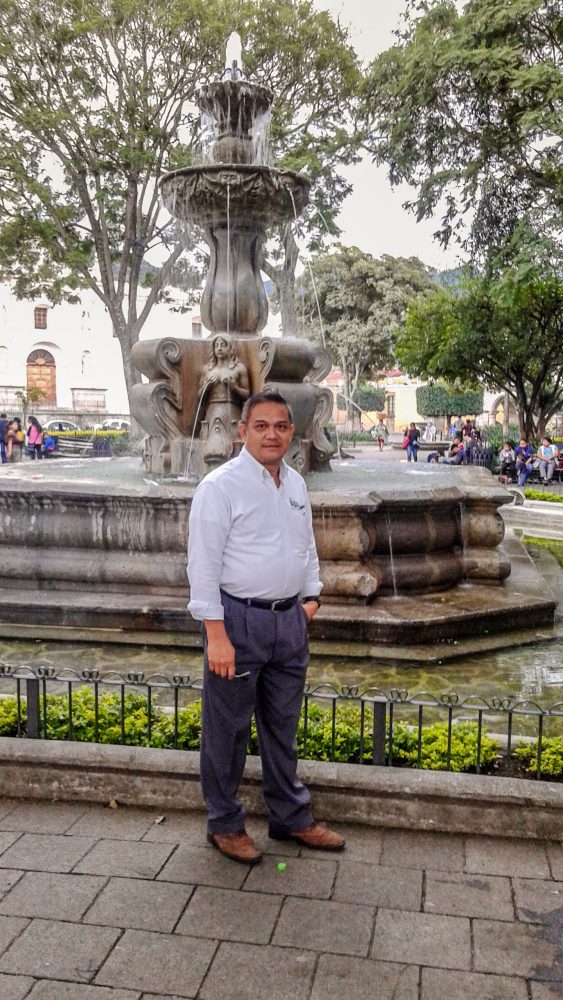 The fountain at the center of the plaza. 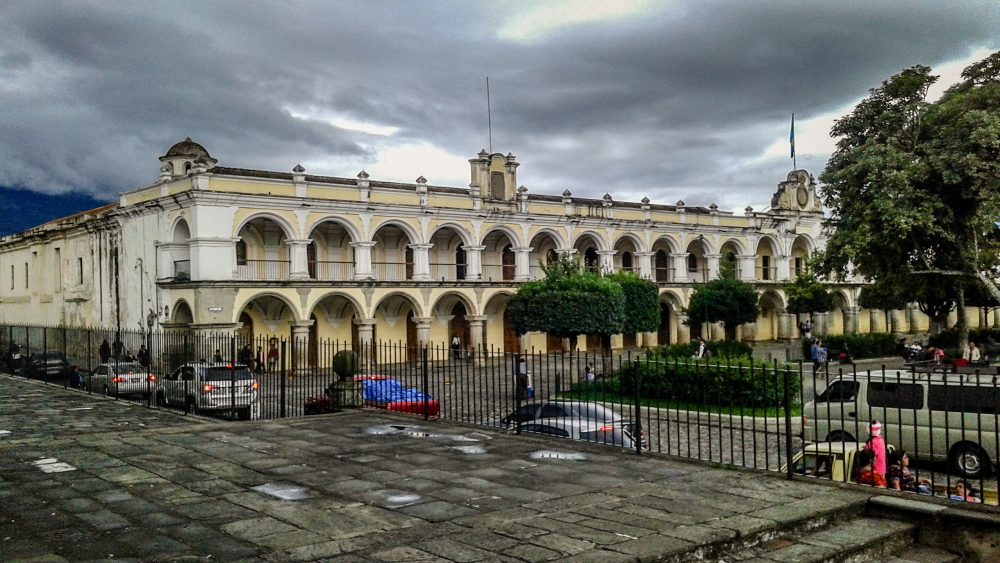 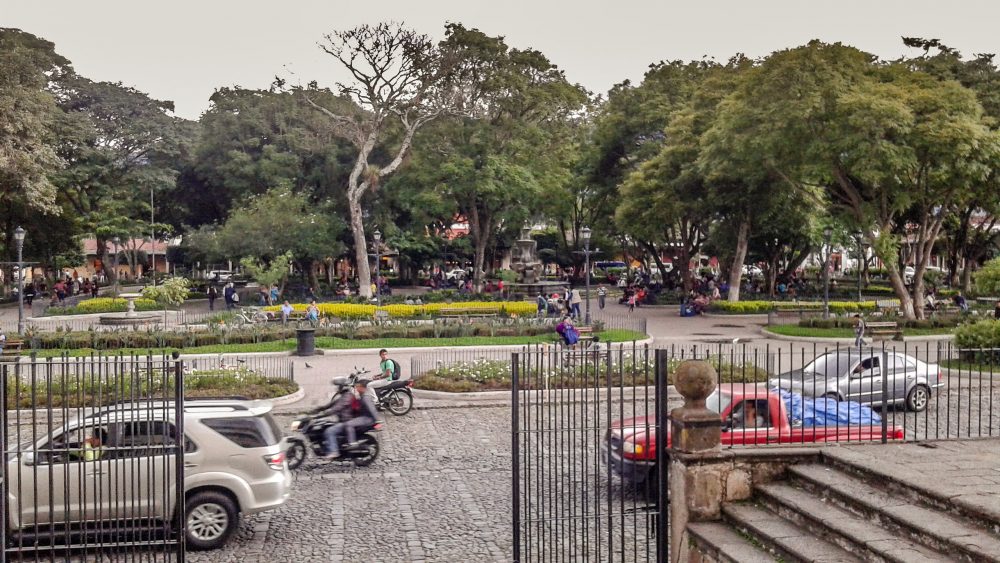 Celso Paguntalan
“Fray Celso” is a native of Calinog, Iloilo, Philippines. He joined the Dominicans in May 1976 belonging to the first batch of Postulants (a total of 13) who proceeded to completing A.B. Philosophy prior to vesting with the Dominican habit and acceptance to the Novitiate. He was the only “survivor” in that program who completed the Philosophy course as Class 1980 of the Philippine Dominican Center of Studies. He left the Dominican Order in November 1980. Thereafter, Celso in 1981 studied Chemical Engineering at the University of San Agustin, Iloilo, graduated Class 1985. Celso is married and they have two children. He was based in New Jersey from 1991–2011 before moving to West Palm Beach, Florida where he is currently employed at American Sugar Refining Group (ASR-Group) as Supplier Quality Engineer.

Travel As Often As You Can

Travel is an antidote to our provincialism.

On This Thanksgiving Day

We thank the Almighty everyday, For all the blessings that come our way. For the sun that keeps us tan and warm, For His angels who shield us from harm. For Earth, our home in the Universe, Which to us all like a mother cares; With her valleys, streams, mountains and seas, With her fowls […]