Quezon City, Philippines, October 4, 2017.  Fray Mike Plana, one of the founders and a most sought-after advisor of FSDPI (Filii Sancti Dominici Philippinensis Inc.) hosted a dinner party to honor one of Filii’s own sons, the newly ordained priest, Rev. Fr. Jestoni Porras.  Fr. Jestoni was ordained priest on October 18, 2017, by His Excellency Bishop Paul Terrio of St. Paul in the diocese of Alberta, Canada, where he continued his priesthood studies after leaving the Dominican Order of Preachers.  The event was held at the Plana’s residence in Loyola Grand Villas, Quezon City, Philippines, attended by Filii brothers, Dominican priests, friends and families of Filii. Among those in attendance were Fr. Arpee Urquico, from the diocese of Alberta, Fr. Rey Adalid, the revered “ama” of Filii who recently joined Filii North America’s biennial reunion in Canada, and fray Jimmy Cura, the most respected Filii advisor.  Fr. Jestoni’s vocation to the priesthood is well founded on the following biblical quote:

“You did not choose me, but I chose you and appointed you that you should go and bear fruit and that your fruit should abide, so that whatever you ask the Father in my name, he may give it to you” -John15:16 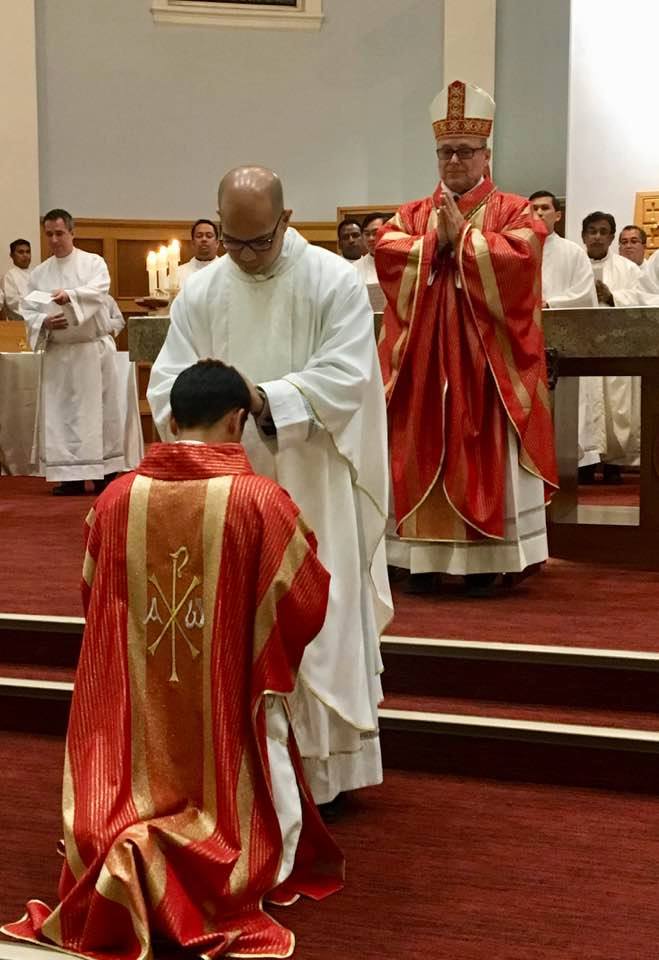 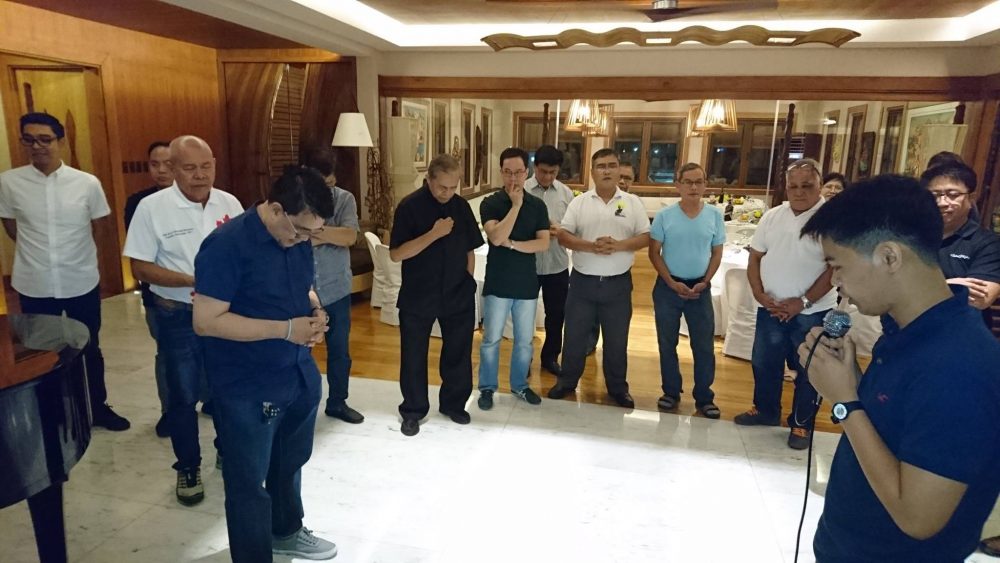 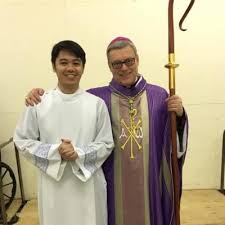 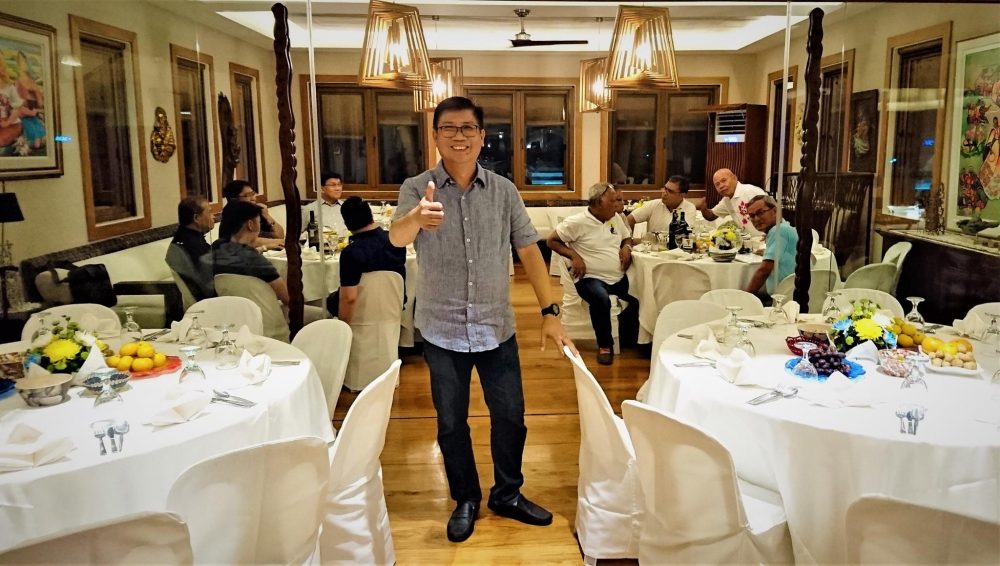 The joint thanksgiving-welcome-sendoff party started with cocktails served at around 6:00 pm.  Fr. Jestoni roused the guests with his thanksgiving address speech and concluded by blessing the food.  He thanked the Plana family for their generosity.  “Mas grande pa ang handa ni Fray Mike kesa sa thanksgiving party ko sa Tulunan (Fray Mike’s party offered in my behalf trumped up the one I had back in Tulunan)” admits Fr. Jestoni, referring to the long table full of many varieties of food.  Fr. Jestoni was born in Tulunan, North Cotabato, where he returned to celebrate his first thanksgiving mass following his ordination to the priesthood in Canada. 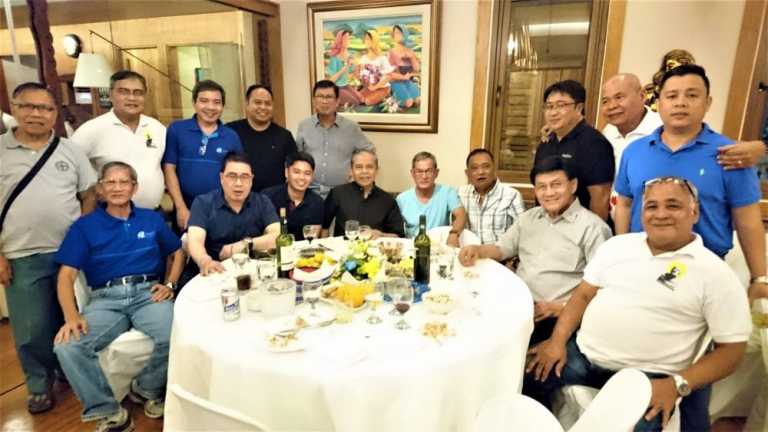 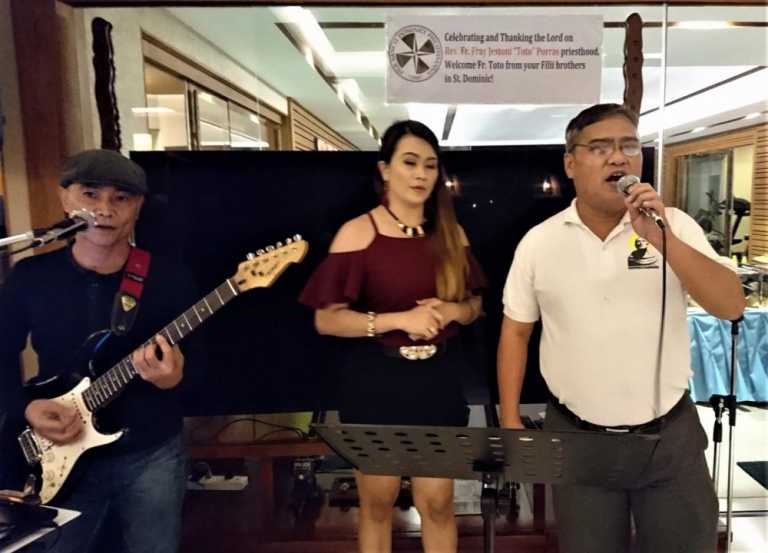 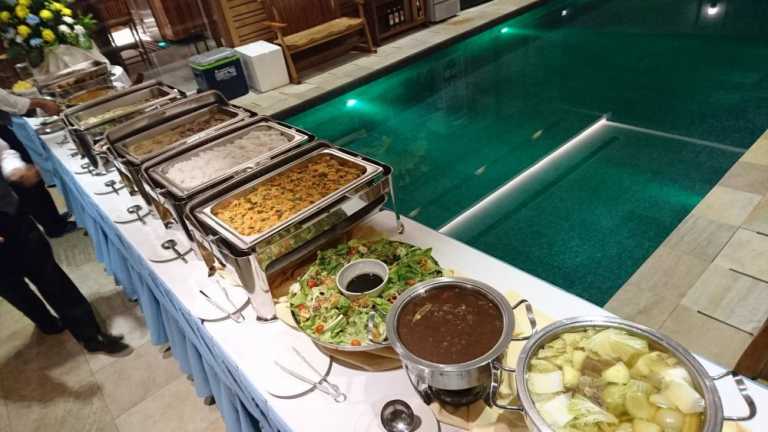 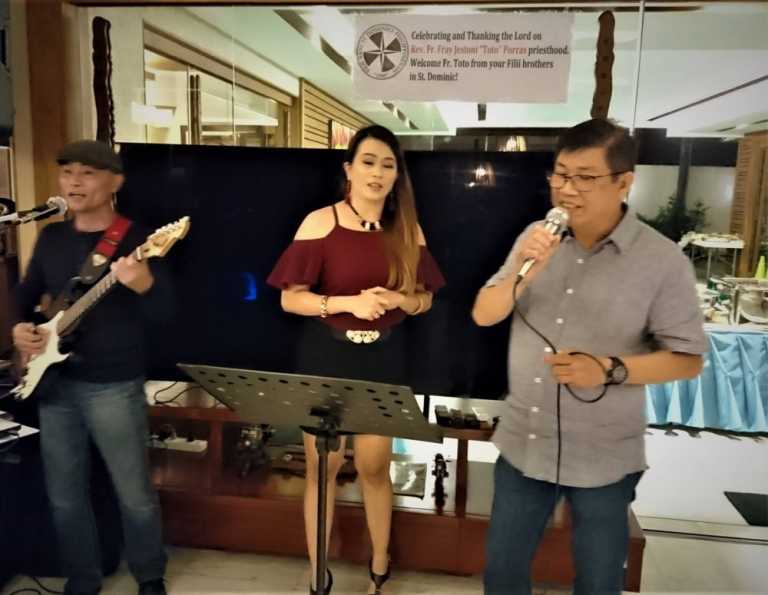 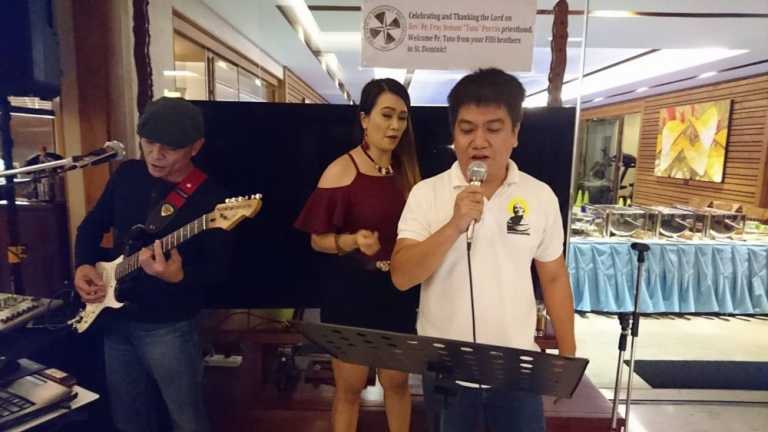 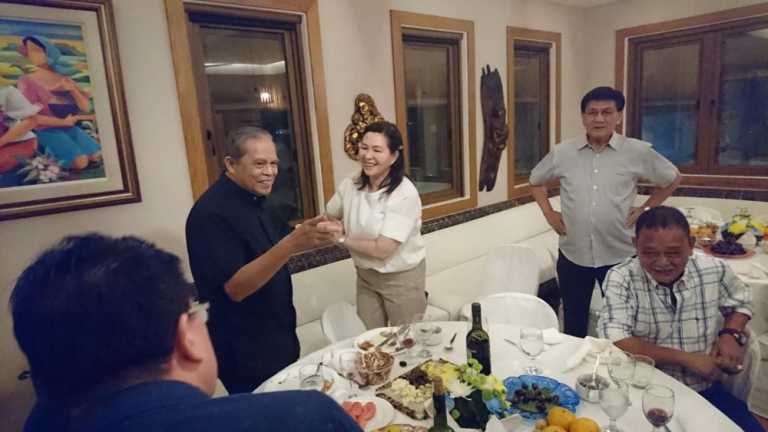 The occasion also served as the usual venue to a jovial Filii fellowship where members from as far as Bicol and other outlying areas in the greater metro Manila came to celebrate.  A two-member band, Paul Sotto and his songstress provided live music and accompaniment for those who rose to sing live up front, ala videoke style.  The band accommodated at least one to two songs per Filii members, most notably of which was the unofficial Filii theme song, “He ain’t heavy, he’s my brother”, sung by all Filii members present.

The celebration finally eased to a conclusion, but not before the Filii brothers sat together to table the regular meeting agenda scribed by fray Neff Tamondong.

Remigio Estrada
“Fray Jojo” entered the Dominican Seminary in Villa Lizares, Jaro, Iloilo City in 1971 right after his graduation from Camiling Catholic School in Camiling, Tarlac. Jojo later discerned to leave the confines of the Dominican Convent and studied Agricultural Economics & Farm Management from Dela Salle, Araneta. He was commissioned to the military’s Call of Active Duty (CAD) of the Philippine Army and was also an honorary member of PNP Academy Matatag Class 1981. After his tour of duty from his Military service, Jojo re-channeled his efforts and time towards farming and quarrying in Naguilian, La Union and Bayambang, Pangasinan. Married to Theole, a chief nurse at EARIST, they have begotten two daughters and a son, unfortunately, his son has gone early to join our Father in heaven. Fray Jojo held the position as president of FSDPI from 2015 to 2016. Still yearning, fray Jojo hopes that someday he will find himself playing with his grandkids.

The Word: a light on our path

It didn’t take Medelianism philosophy for Iloilo Filii to figure out the best venue to hold a mini re-union and a welcome bash for fray Ted Fullona, a fellow Ilonggo who was on vacation and back in Dumalag, Capiz during the week of February 11th.   On short notice and under pressure in rounding up would-be […]