I remembered a couple autumns ago when I was still living in Virginia, I received rather unexpectedly, one very good and priceless advice from a person I didn’t even know. I haven’t considered it a lesson learned though, for it only enhanced my own opinion of the matter, something which I have always believed. I call it “train advice”, for I heard it on — where else — but the train. That’s one thing I like about my morning commute even if it’s not a straightforward one.  It involves either leaving the car at the Park-and-Ride and/or catching the bus to the subway en route to the city.  It allows for some shuteye, scenery and a dash of sought-after lessons that only a train ride with an absolute stranger allows.  What more if it’s a combination of all three?  OK, I think I need to explain.

That morning I caught a train ride at the Pentagon subway station and was amazed that I was able to secure a seat considering it was rush hour.  That was a portent of good things to come.  I sat next to a neatly-dressed gentleman fiddling on his e-reader.  While the pre-winter scenery buzzed by after we came out of the tunnel on approach to Arlington Cemetery, I estimated it to still be at least a 12-minute ride, due to the some track delays, so I decided it’s a good time for some shuteye.  While resting my eyes, I sensed one of the standing passengers approach the gentleman seated next to me and overheard them greeting one another.  It turned out that the person standing was a project consultant of the firm where the mild-mannered gentleman was a manager of.  Without them knowing it, I practically understood all aspects of their conversation even to the remotest of details like test silos, QA harness, MTBF etc, all the while pretending to be asleep. Probably to sweeten his image, towards the end of the conversation, the project consultant told the gentleman seated next to me that he’s looking towards getting his MBA degree from George Washington University as soon as he figures out the cost structure.  The reply he received was utterly simple yet wise: “Stick it out with the big companies; you’ll get more than any further education you’ll get in school, and you actually get paid doing it.” 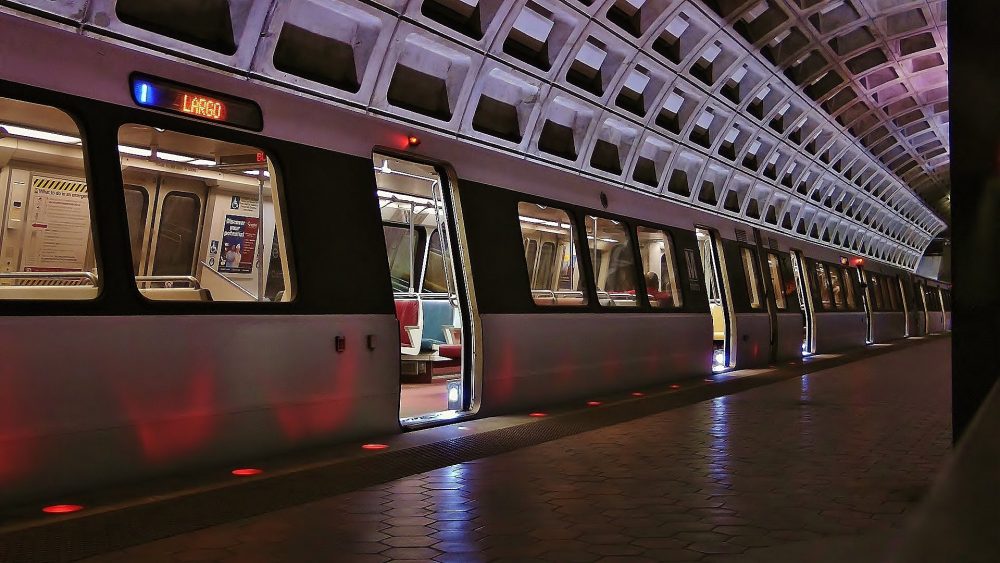 A subway train of the Washington D.C. Metro waiting for passengers at a station.

Approaching close to two decades in the corporate world, I gave up on ever getting an IT diploma — note that I didn’t say education, for I ultimately got it and more — but I admit I don’t have a school-headlined paper to show for it.  Nonetheless, I do have a degree…only thing is, it’s Philosophy, which is too far out from my chosen profession but which I never felt ashamed, technically-challenged or embellishment-naked because of.  Don’t get me wrong: education is important, but mastering something?  I guess in the real world, there are always 2 possibilities, either: (1) you advance your education to eventually get the job you desire, or (2) strive to get the best skill in the job you desire.  So I guess the bigger deal is how to actually land a desirable job.  There are costs involved: money for tuition in one, sheer gut and determination on the other, but the latter literally pays: once or twice a month at least.  Actually those migrating to other countries know it best: in advanced economies, you get rated highly based on your job experience — something that you didn’t pay for– but instead, that for which you got paid doing; it doesn’t matter how you were educated, for if you lack the educational qualification, then they certify you as a professional commensurate to the years-in-service.

In my experience, I directly managed somebody with a Masters degree and I realized one very important thing: we both started on the same starting point, but I probably knew more ahead of time simply because I was more fascinated about the prospect of a technical job than he was.  I figured, if I loved what I do, then it won’t feel like work but sheer enjoyment that pays.  The other guy probably thought he’ll end up being a manager in the least amount of time merely on the basis of the Masters diploma.  That would be so unfair if true. Job Qualification is something that nobody could fake — education is meant to be the equalizer, never the exception.

Years ago, I felt fulfilled realizing that I did one thing right: that is, being picky or choosy about the first paid employment to accept, because it would drive the rest of my professional life.  I even became a “tubby” because of it, as in, twenty-something unemployed bum (TUB-by, hello?)  I went on vacation mode for at least a year to figure how best to use my Philosophy degree to my distinct advantage.  It was a given that with an educational degree like that, there seemed to be only 3 possibilities: either I become 1) a college humanities professor — something that my confessor and thesis adviser liked, 2) a priest — something that my deeply-religious aunt would have loved, 3) a lawyer — something the devil will sign himself.  None of those appealed to me at that time so I created my own-most possibility.  It still made sense because in examining the Information Technology field (which fascinated me a lot) and Philosophy, I found a common ground: Logic.  And so I searched far and wide to find a good place to begin an IT career, and the rest as they say is history.  But not quite.  I guess I had my own share of disappointments early on.  I developed a stubborn resolve about working for Citibank, N.A. if only because their logo was a nice shade of blue and they had the “N.A”. initials in their name that do not stand for “North America” (okay, that’s another story so I’ll keep it a mystery for now).  That stubbornness got me not one but two rejection letters.  Precisely due to my educational background that they thought I’m not qualified for the role.  Then I got a call from a minuscule software laboratory who was training candidates to fix the millennium bug.  I agreed to signup, but since it was a training conduct, that meant we would only receive a pittance for the next 3 months, not even enough to cover the daily bus rides home, so I had to walk one-way and skip lunches in between.  They wouldn’t say who the end-client was that we were training for, as it would only be made known to the top 5 candidates who would pass the training and final exam.  I was one of those lucky candidates and got introduced to the project on the day the training manager accompanied us to the “handover”.  You may have guessed it: that’s how I finally got to work for Citibank, N.A. in their Asia-Pacific IT Support Center.  “When God closes a door, he opens a window…” so I thought. Yeah, even God never promised that life would be easy.

I believe that first job shaped it all: how I ended up in the tech world, how I got to be an SME for production support, but the most significant was that I assimilated early on the Western way of thinking and operating a business artfully based on a scientific predictable model.  So more than a decade hence, I thought there was wisdom in sticking with the big companies, choose not to matriculate for a Masters degree, and merely earn merits on-the-job.  Where did it get me?   Hmmm…I never fully realized until recently that save for working for myself at one point, I really did work solely for those big companies that happened to have a country presence; got pirated 4 times, designated as an expat twice, reached 16,168.75% in pay hike — way far from that minuscule start-up allowance; spicy dinners, dreary winters, blue and white Christmases, and oh…being called ‘Sir’ how ever much I despise it.  So I managed to let out a smile while pretending to be asleep on the train…train of thoughts that is, for after all, everything turned out to be absolutely fine.

I’ll never look at train commutes the same way again.  Two things are possible: either you get bored waiting to get to the office on time, or actually add up to the joy of learning even if merely eavesdropping on other people’s conversations.  As for me, I’ll take the train anytime. 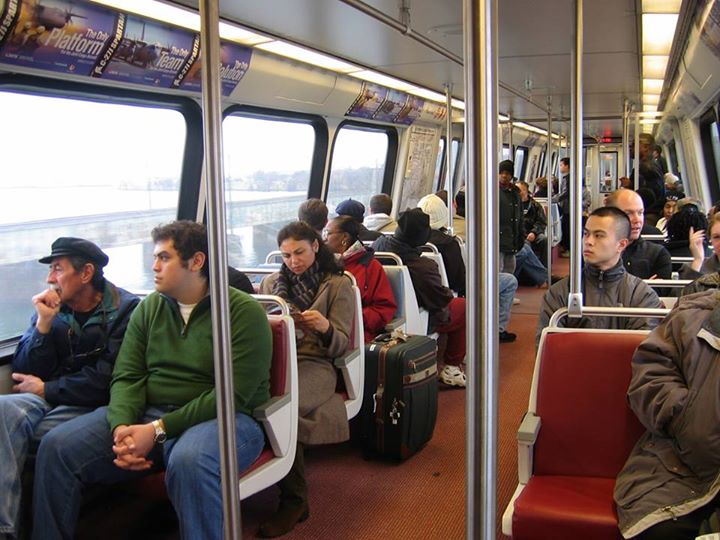 Life is a Game

Life is a game that can be played well by anyone who knows its rules. But what a shame, for as we grow old we forgot what we’ve  been told. “Assuredly, I say to you, unless you change and become as little children, you will by no means enter the kingdom of heaven.” (Matt:18:13)   When we […]

The design of our logo includes characteristics that we want to incorporate into its persona. Epistoliorum carries simplicity, friendliness, playfulness, high-spiritedness and exuberance. The choice of type and fonts depict simplicity and friendliness. The curves and contours of the individual letters suggest ease and readability therefore approachable and friendly.  The smoothness in the shapes of […]

When I became aware of my existence; When I felt inexpressible joy being with friends; When I first marveled at the beauty of creation… When I took the first step in the journey of life; When I met stumbling blocks on a thorny path; When I became indecisive which way to go… When I was […]