In another group of kids across the street a tween urged another to raise her finger higher over his as one kid gets ready to run and jump over layers of fingers and toes high enough to impede the jumper from getting by.  You hit the fingers and nudge them slightly with your foot and your jumping turn ends, relieving the two kids with your teammate who will then take their turn to jump.

On another occasion, more boisterous laughter and vigorous cries of pure fun and excitement can be heard even from the adjoining street when kids play patintero.  The game is played on a ruled ground where a rectangle is divided into six by drawing three lines with approximately 3 meters of space between lines separated by a long line in the middle. This game requires physical agility and trickery where one team stops or tags any member of the other team as they try to cross or trick their way past the four lines all the way to the end zone.  The objective is to cross the four lines untagged until any one member of the penetrating team gets by the end zone.  The defending team can only move left and right along the line or up and down the middle line. If the defender tags the penetrator while his feet are not touching the line, the tags are nullified.  If any one member of the crossing team is tagged, the game begins again and the defending team will take its turn as next penetrators.

These are imageries and soundbytes of some of the Philippine traditional games, tumbang preso (prisoners game), luksong tinik (jump over the thorns), and patintero (try to cross my line without letting me touch or catch you).  There are many other traditional games invented and played by the early generation of Filipino kids before the radical introduction of electronic games which started in the early 80s.  In the past, kids are required to exert physical effort to play any of the traditional outdoor games.  Back then kids run, jump, and sweat profusely under the heat of the sun as they play the patintero or luksong tinik. 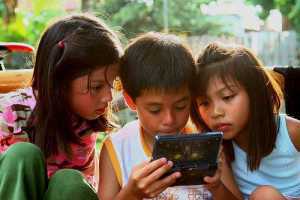 Today, computer, video and smartphone games have changed the playing fields.  Rarely, if at all, kids would play outdoor, or compel them to leave their gadgets behinds as they will not be useful outside without wifi signals.  Kids who were born in the nineties or classified as millennials have not been introduced to any of the traditional outdoor games.  We can blame the parents for not bridging the gap but the time and trends are in constant flux and parents have no choice but adapt themselves to the sweeping trend, with an exception of those who live in the remotest areas where electricity is yet a luxury to enjoy.

Some parents are guilty of helping perpetuate the digital practice by being an accessory.  They give a smartphone to their four-year-olds and marvel in awe at their kid’s ability to adapt.  It may be egregious and shocking but I’ve seen some parents tolerate early adaptation of their kids to technology, a practice that will never be reversed.

In general, we cannot deny that we subscribe to a smartphone lifestyle.  We would never leave home without a smartphone in our pocket.  Every time we hear it rings or feel it vibrates for incoming text messages or calls, our natural reflex is to grab it and engage.  While smartphones have made communication easier and enhanced our connectedness to people within our network, there are risks associated with being glued to a tiny screen for an extended period of time, and the risks apply to both kids and adults.  Health digest has identified several health risks associated with the use of smartphones.  Some of those risks can be dismissed as remote but one big problem that has alarmingly grown into an epidemic is obesity.  It is no coincidence that the birth of electronic gadgets (computer, tablet, smartphone, etc.) has a simultaneous correlation with the growing concern for obesity. 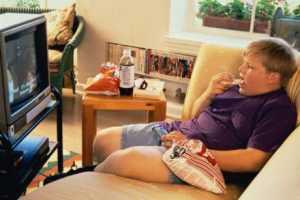 Adolescents who spend hours per day staring into a tablet, smartphone, or computer are more likely to become obese, a new study suggests. Researchers from the Harvard T.H. Chan School of Public Health found that teens who used screen devices for five or more hours daily were twice as likely to engage in behaviors that can lead to obesity.  The study found that screen-using teens were more likely to drink sugary beverages and not get enough physical activity. These behaviors resulted in a 43% increased risk of obesity compared with kids who didn’t use smartphones or tablets.1

While it has also been easily identified that eating unhealthy food and lack of physical activity among the obese are the culprits, smartphone lifestyle has become one driver that fuels it.  How ironic that there is a bevy of apps in our smartphone that promotes health practices and advocacies.  But oftentimes we look away and conveniently ensconce ourselves in a lifestyle that gives us fleeting benefit and comfort.

Trends are often irreversible.  In fashion, there is a cyclical aspect where we re-adapt and re-modify a decade old style and give it a twist to make it new and relevant again to the present time.  In the digital trend, there is no backpedaling.  Modern living and lifestyle in association with the use of a smartphone will never go back in time.  The thrust is forward.  Our practices of old as in playing traditional outdoor games like tumbang preso, luksong tinik and patintero will be buried into oblivion and will remain only in our history books as reference to our culture. 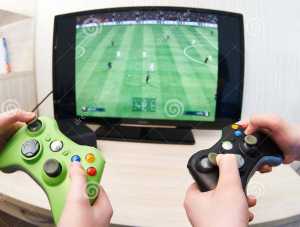 Imageries of digital games do not reside in our imagination.  They are displayed in high fidelity resolution on our smartphone screen, depicting augmented reality of the present time.  Soundbytes emanating from kids playing in the streets are permanently gone, replaced by high tech amplification of synthesized video effects in pleasing decibels via our headphones.  Things of the past versus the present.  Philippine traditional outdoor games versus smartphone and video games.  There is no balance.  The scale tips lopsidedly in favor of digital trends as we sing ave maria in procession, accompanying our traditional outdoor games to their eternal repose as we bury them in our history books.  Digital trends spell the demise of our ancestors past time.  Modernism and traditionalism, two opposing times that occur at both ends of the spectrum, will never reconcile with each other as in the case of our traditional outdoor games and smartphone games.

Several decades ago, we were all strangers from different lands, with varying backgrounds and upbringing, but the Lord plucked us out from our individual comfort zones, and put us in a place inhabited by men in black and white. There, we were honed in the black and white tradition and discipline, but some of us […]

We’re almost on the home stretch.  Most articles we were committed to writing have been punctuated swimmingly with a period.  And a few that we thought we could deliver within the given timeline hit a snag.  We were able to pull some magic out of our hat and replaced undelivered ones without compromise.  We honestly […]

People fall in line lots of things are a-flying Li’l Luke Skywalker. Waited for a year Bargain hunters on the loose Beanie baby dolls. It’s holiday craze The day after Thanksgiving Tickle me Elmo. What’s the fad this year? Fingerling Glitter Monkeys? Or Roaring Tyler? Let the child decide. But what about you, yes you? […]