This tradition is something unique to “30 Rock”, the moniker that produced a 2006-era sitcom. Where else but at 30 Rockefeller Center in Midtown Manhattan, New York City. The event ushers in the start of the Yuletide season, with a little help from the dazzling sound-and-light display at the adjacent Saks Fifth Avenue department store.

Occurring usually after the Thanksgiving weekend, the tree lighting ceremony may best be recalled as a ray of hope at the start of the era of the Great Depression; a time when unemployment in the U.S. hit 25% following the great stock market crash that almost wiped out the average workman’s fortune, coupled with the resulting deflationary spiral.

It was said that when 30 Rock started construction by clearing the area in 1931, demolition workers decorated a 20-foot unlit tree with paper garlands made by their families, tin cans and strings of cranberries. Perhaps people at that time saw into the future as a glimmer of possibilities. As the scale of domestic and worldwide economy grew by leaps and bounds since those gloomy, depressing years, so did the tree of hope add some significant inches as years passed into decades.

Not to be confused with the National Christmas Tree at the White House vicinity that is traditionally lit by the POTUS during the Pageant of Peace, the Rockefeller Christmas tree is both a spectacle and symbol by and in itself, closely associated with its twin: the winter wonderland-vibe skating rink that was first setup in 1936 to replace the then unprofitable lower plaza retail spaces. The tree-lighting is a well-known event televised to millions of viewers and officiated by the NY City Mayor. After which, the tree is on display well into the first week of the new year, attracting over 100 million tourists over its short holiday timespan.

The tree is normally selected by the Head Gardener of the Rockefeller Center who scouts location in upstate New York and neighboring states, extending as far north as Ottawa in Canada. Today, the process is made easier through a social media crowd-sourcing facility where people may submit entries or proposal for consideration of the selection head or committee. The tree has been traditionally a Norway spruce, a large and fast-growing evergreen coniferous tree growing in height to a maximum of 180 feet and an average trunk diameter of 50 inches. This type of tree is ideal as its growth spurts an average 3 feet per year, thus a tree could become a candidate at 25 years. This year’s tree is a 75-foot spruce from State College, Pennsylvania.

In today’s green-sensitive world however, people may ask: why sacrifice a healthy, living tree just to setup an ostentatious display, where alternative or recycled materials may be widely available? I guess there are 3 factors that may have to be considered:

Culture. The U.S., despite its technological advances, still recognizes its roots from tradition and culture. Thus, the symbolism is important, in the same scale as the Thanksgiving Turkey was a symbol of the first pilgrims’ gratitude and hope to build a better society in the new world, so does the tree reach farther in providing hope from those dire circumstances that the first 1930’s-era Christmas tree stood for.

Sustainability. The alternative being some metal and about 12 tons of polyvinyl chloride (PVC), a petroleum-derived, non-biodegradable plastic, I guess the real tree earns a good enough carbon footprint score to be environmentally viable. The U.S. has developed to be a society far more disciplined in its use of natural resources. National forests are protected and nurtured by incorporating a reduction scheme for a section of overcrowded forests to control vegetation and provide a healthy, breathable space for all. And that sustains the millions of smaller Christmas trees as well that fit into people’s homes, thus providing a pine-y scent to the holiday cheer as an important facet of that pursuit of happiness.

Regeneration. The Rockefeller Christmas trees, after having been displayed are traditionally donated to the Habitat for Humanity where it would become one of the raw materials for building shelter and provisions for the needy. I guess the ray of hope by then would have come full circle, sustaining life for those who hope for the better. 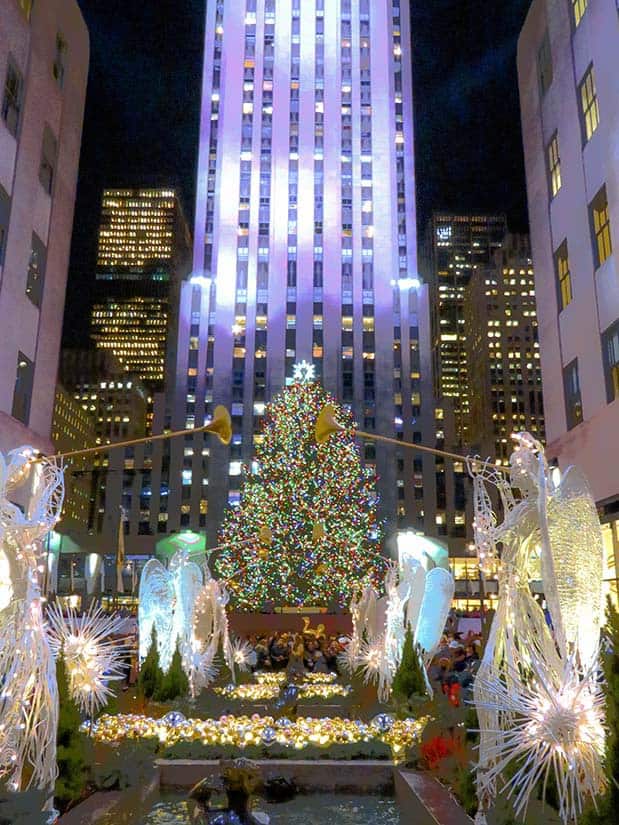 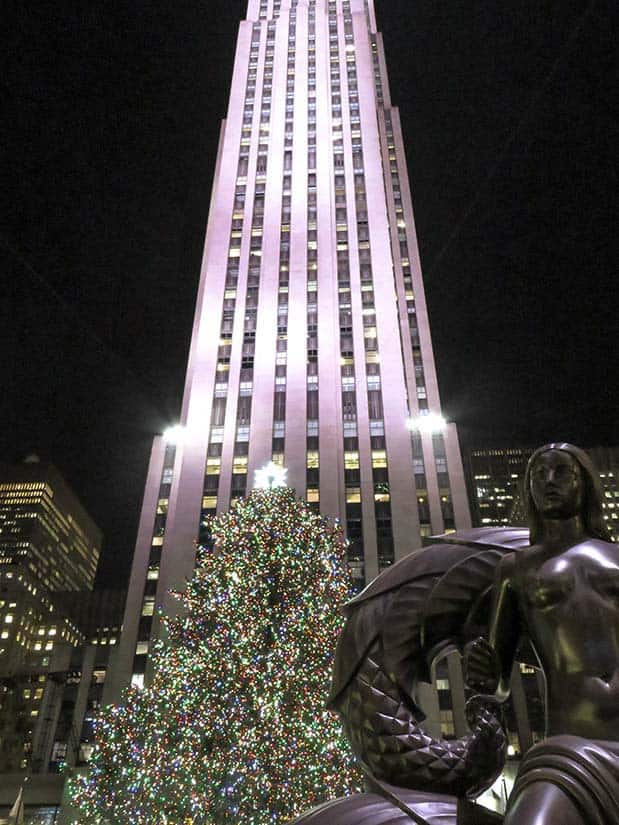 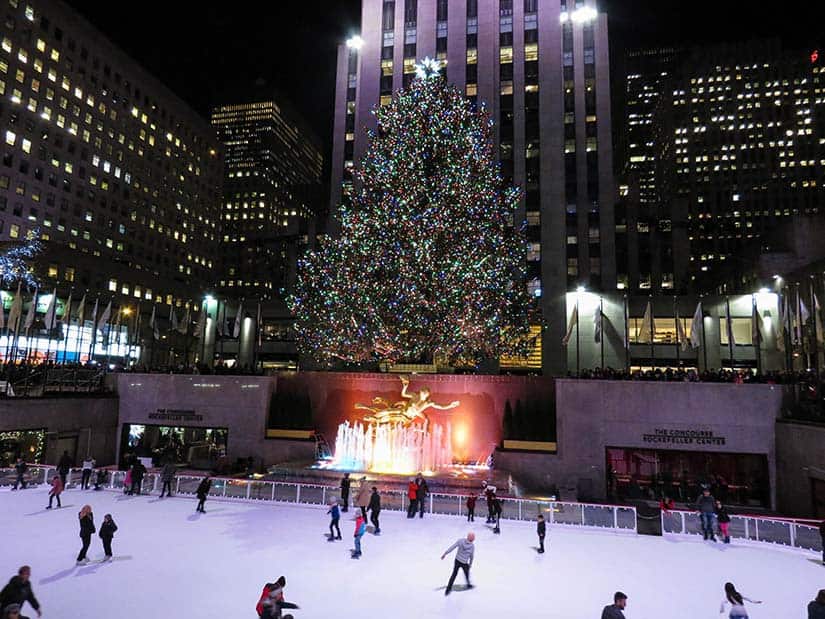 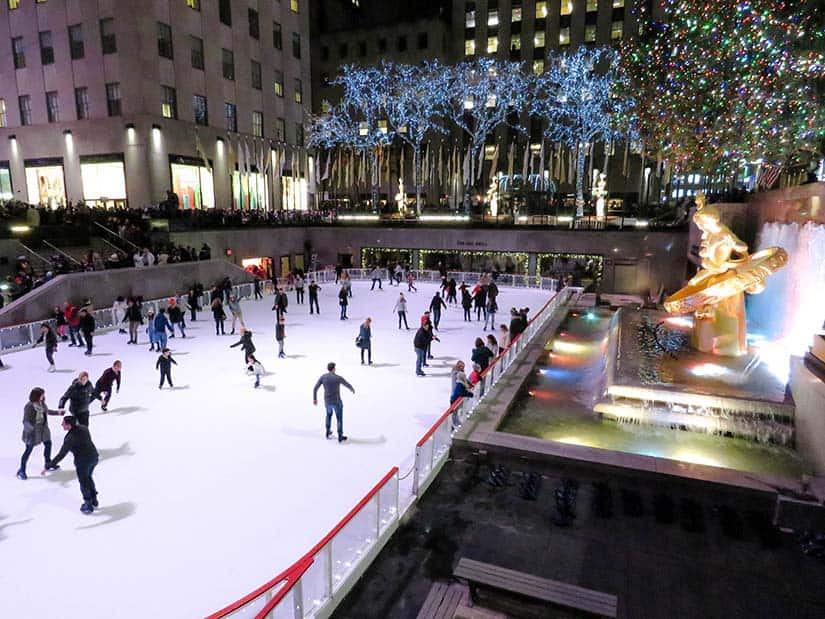 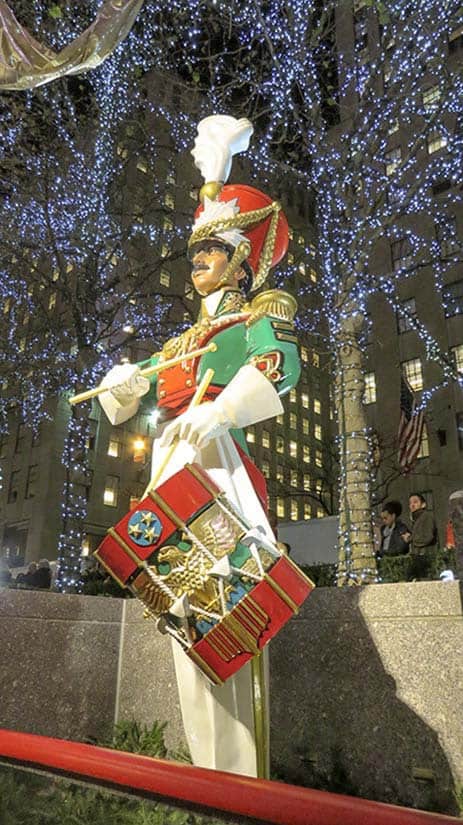 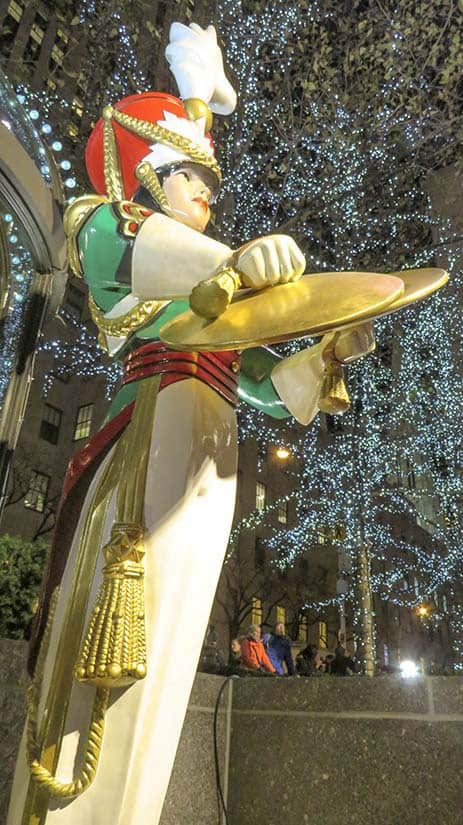 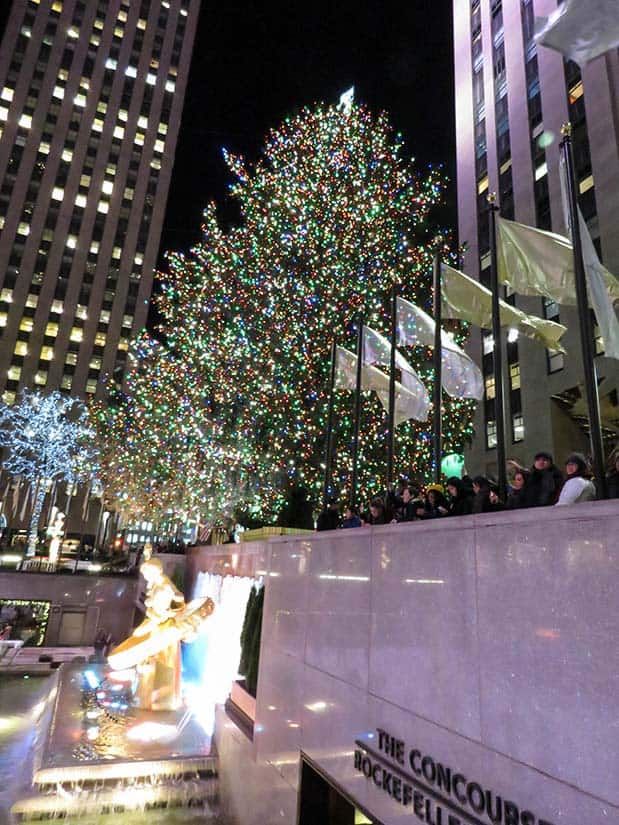 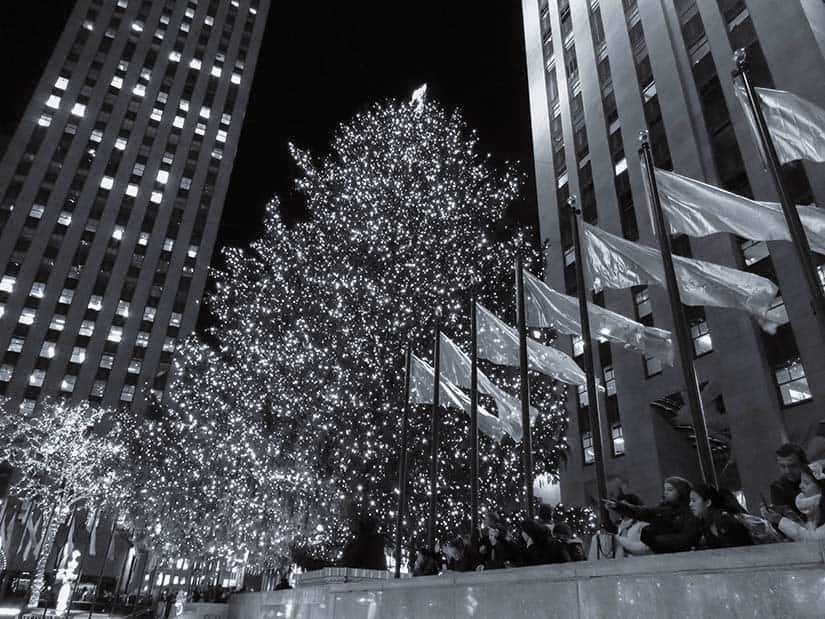 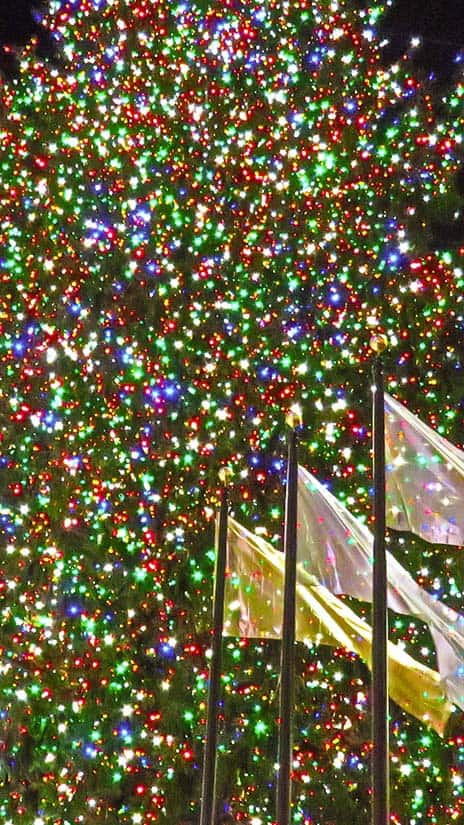 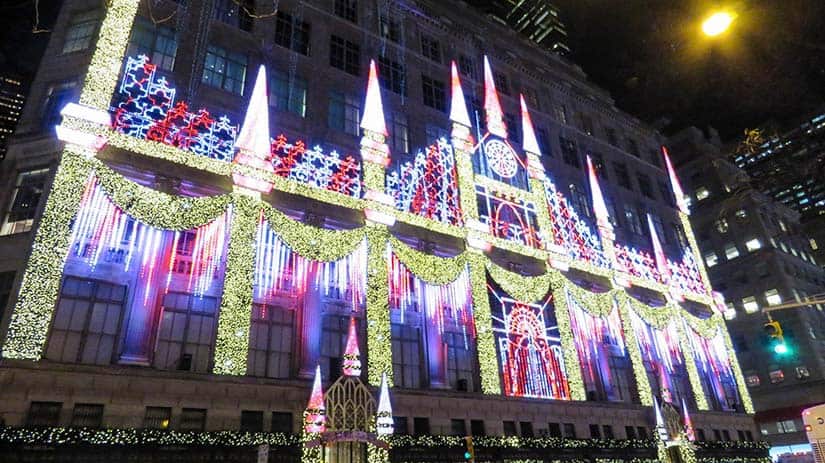 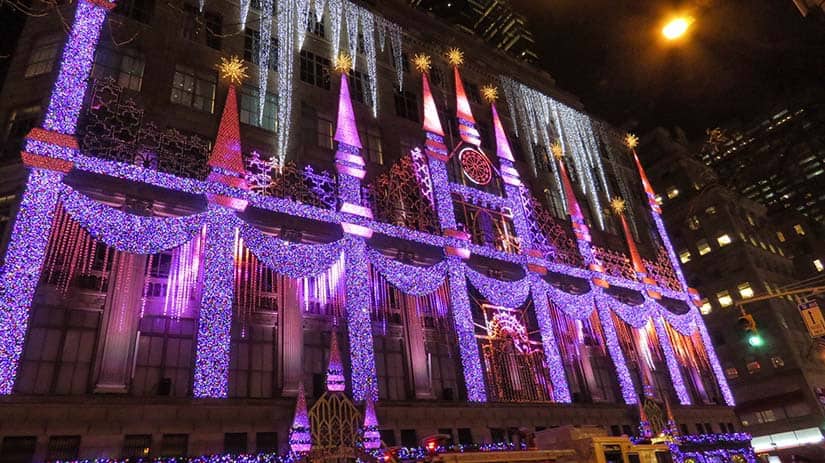 Boracay – “The Best Island In The World”

This year, Conde Nast Traveler’s readers picked Boracay in the Philippines as the “best island in the world,’ outside of the U.S.  Their choice includes Cebu and Palawan as the next two best islands in the world!  The Philippines is indeed the “Pearl of the Orient.” Last summer, we spent our family vacation in Boracay. […]

It was Martin Luther who said, “beer is made by men, wine by God”. Well, to drink or not to drink, that is the question. Drink, I say. My toil may be really long, my body aching, I move on. For as soon as I get home, My wine is waiting. My respite. From all […]

A Poem For You

I know not what’s best to you to give As you go through life from here onward Words of wisdom as long as you live For you’ll leave this world in high regard, If you can keep all your thoughts on guard. Because as we sow, so shall we reap, in the fertile field which […]