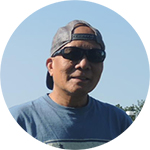 This issue has been pushed back for a month due to several reasons, some of which are beyond the editorial control.  We continue to receive below expectation for articles that might create balance content and widespread coverage, both from the Philippines and North America.  We still remain hopeful that many among us who are gifted writers will find time to produce.  I put emphasis with a plea for those who in their minds are capable of contributing an article or two, to consider sharpening their pencils or get on with their laptop.  I am almost seeing writing on the walls.  If we don’t care enough to make the difference in sustaining and perpetuating the life of Epistoliorum with more diverse materials, readers will either get bored reading repeatedly articles of the same styles by the same writers, or they don’t even make the readership of this organ at the worst.  Sadly, this portends an imaginable demise of this newsletter.

Epistoliorum is not a mere compilation or the end repository of creative works of a few individuals.  We wanted a collective voice and asked everyone to share their geniuses in their areas of competence.  And I know there are many out there who are more than capable.  We just have to find time or better yet, make time.

I had been out of touch and unable to work on my commitment for six weeks since January.  Our aggressive vacation itineraries have wrecked my plan to write.  I should have known better.  Vacation has set the frame of mind away from anything that spells work.  But even if I diligently wanted to write on whatever spare time I had, my Surface Book had gone kaput the entire time I was in the Philippines.  Windows 10 also decided to take a vacation and refuse to boot despite repeated intelligent attempts.  I sought technical help from techies in the long strip of computer shops in MOA but the laptop being a new technology from Microsoft found no confident wizard.  There was not even a single Microsoft store in the entire Philippines to seek help from, according to Google.  The laptop is under extended warranty with Microsoft and when I brought it back to them upon my return in Canada they explained what the problem was.  The OS was doing background updates when the battery fizzled out causing incomplete file installs. Windows 10, and whatever incremental version pack it was currently on, was unequivocally wiped out and had to be re-installed to my dismay for I know that it would compel me to re-install all my programs, and there are myriad.  I’ve gone through a series of downtime because of the back and forth for even Microsoft technicians did not do it right the first time.  Consequently lots of work but still thankful that none of my data was lost.   Hard lesson learned — never trust your instinct or the reputation of the manufacturer when it comes to computing.  It is always worth your investment if you put it duly on purchasing a sizable external drive for regular data backup.

Frays Joel and Peter have masterfully covered diverse materials that are engaging and fun to read.  Understandably, my articles hovered around the confines of my vacation itineraries.  My mind is currently on vacation withdrawal syndrome.  I’m trying my best to disassociate my thoughts from the many great things that I have enjoyed while in the Philippines, not the least of which are fresh seafood dishes and tropical fruits.  No sooner did we get adapted with the so-called “kalakaran” in the Philippines — dealing patiently with the despicable domestic flight delays, traffic moving at snail’s pace, and cellphone loads protocol idiosyncracies — than we realized that our vacation was reaching its imminent end.  Reality check comes painfully when you’re having a good time.

Aside from food, there are many more lasting memories I derived from our six weeks vacation in the Philippines.  Meeting Filii brethren both in Manila and Iloilo and emotionally reconnecting with my classmates in postulancy is definitely one of the many standouts.  While we’ve been to many stunning spots most tourists have gone to, we also came in contact with many of our relatives and friends whom we joyfully reconnected with, some of whom I have not seen for forty years or ever.

On to our next issue in three months time.  I look forward to a more collective and engaged collaboration that I hope will translate prolifically into content diversity. 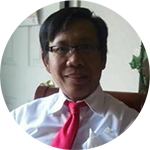 From Maine to California today, thousands of students walked out of their class for at least 17 minutes to show their support for  the victims of last month’s school massacre in Florida.  They demanded among other things, the banning of assault rifles.

Gun violence is just some of the realities our children are facing right now.  As parents, it is our duty to guide them in these challenging times.

I am a gun owner but my gun isn’t an assault rifle.  I don’t see a need for a weapon which is designed to kill a multitude.  Assault rifles should only be used by soldiers in battle.  I am against war, but self-defense is a necessity.  Supporters of the right to own assault rifles claim that assault rifles themselves aren’t the problem.  “People kill, not guns,” they say.

Although it is true that it is the shooter who is responsible for the act, it is also true that the outcome of the shooting depends largely  on the  weapon used.   If the accused in this latest Florida massacre had only a pistol, most likely all 17 people did not die and as many others were not wounded.

As sons of Saint Dominic who courageously exposed the errors of his time, we are supposed to follow in his footsteps.  With truth as our weapon and love as our shield, we shall prevail. 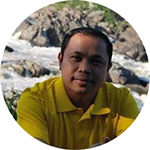 Laboring on this issue at home while balancing the workload in the office definitely hits some nerves at times.  Which one is work and which one is ministry?  Frankly, the hours I’m putting in my day job have somehow managed to get my commitment to see it through, staying with it even though most of the time, no one recognizes my efforts, which is fine as long as the pay check comes every other week.

Reflecting on this, I suddenly remembered the piece written by the Reverend James N. Spurgeon highlighting the differences between a JOB and MINISTRY; he says:

If you quit because someone criticized you or belittle your efforts, it is a JOB.  If you persevere, it is a MINISTRY.

If you do it as long as it does not interfere with your other activities, it is a JOB.  If you are committed to staying with it even when it means letting go of other things, it is MINISTRY.

I might have produced several pieces that found its way into this publication simply because there weren’t many who answered the call to pitch in and we needed something to fill space.  In the meantime, I am excited about the prospect of getting a new job assignment and possibly relocating to a different State and once again showcase my tested formula of building a technology management success pyramid from scratch — my ninth one ever and my third in this adoptive homeland.  Pray tell, which one is the JOB for me?

Who’s Out In A Face Mask Society?

The Fall and Rise of Dumalagnons

At the Roxas City airport, a guy who just arrived from Manila, asks a lady vendor, “Manang, saan po nakatira itong si Mrs Jasmin Fuliga?”, showing her a piece of paper on which the name is written.  “Fuliga? Ay ti, taga Dumalag ina siya” (She’s from Dumalag) the lady answers spontaneously in her Capiznon dialect, […]