It was my first bout with the infamous traffic deadlock from MOA, Pasay City to Loyola Grand Villas, Quezon City.  For the most part during the trip I entertained myself by looking out fleetingly at silhouettes of the colossal infrastructures I have not seen before.  I was in awe as we drove by many of them. Inability to relate to my surroundings made me totally lost.  There were times when the traffic was at a total impasse.  I tried to stay awake but lack of speed, mobility and jetlag caught up with me.  It was past 8:00 pm when Gamay, my designated driver, nudged me up.  I opened up my eyes and I was at awe, again, at another colossal structure in front of me, the Plana’s residence.  Overall the trip took more than two hours and according to popular opinions that was not even the worst.  By Canadian standard I could have already gone to the Niagara Falls from Toronto and back.  What a glaring difference but all this could just be attributed to “more fun” in the Philippines mentality. 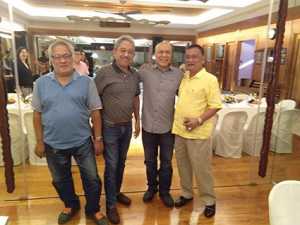 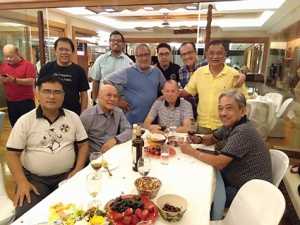 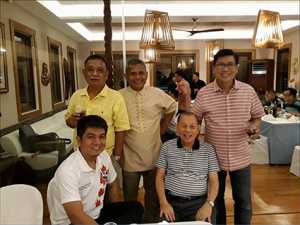 I led myself up to the main floor and familiar faces appeared as the door swung open.  I paid courtesy to the host and hostess, fray Mike and sister Jessica, and began working on hugs and handshakes as I went around meeting everybody earnestly.  I was overcame by emotion as my postulants and novice batchmates namely, frays Jason Amante, Doc Martinez, Henry Napa, Abe Ozaeta, and Fr. Ojie Ojoy, came hugging me.  The connection was unmistakably strong, nostalgic and emotional.  Never mind the forty-four years or so of gap since we embarked on living a Dominican religious life.  That very moment defies and bridges long period of time since we last saw each other.  My personal indebtedness to fray Mike and sister Jessica had just been compounded beyond reciprocation.  Not only did I owe them the lavish welcome party ever given in my behalf and on behalf of Fr. Butch, but fray Mike also made an effort in rounding up a good number of my classmates.

Special faces came around, some I have met personally in the past like Fr. Rey Adalid, Fr. Boggs Mara, fray Jojo Estrada, fray Nick Comaya and the rest who are just as familiar through active collaboration in social media.  Father Butch Bautista, our honoree from New Jersey, fray Anju Castigador our president, fray Jigs Villaflores one of our senior members who just extracted himself from long hibernation and finally discovered that there is just as good a spiritual and social life with the Filii, fray Restie Ramos, fray Yoyong Dalz, fray Hermie Carino, fray Andy Lorilla Ambay, fray Eugene Hernandez, fray Jun Guianan, fray Beaujorn Sirad Ramirez, fray Patrick Lim Parone and fray Jo-Al Delgado — my Filii brothers whom I finally have the honor to meet and personally re-establish the brotherhood never before felt this special. 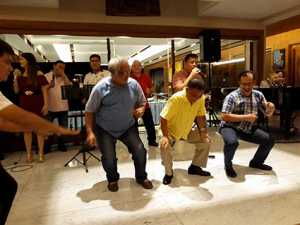 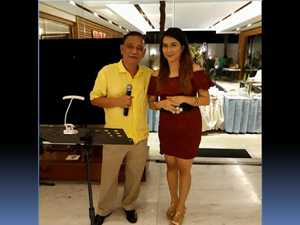 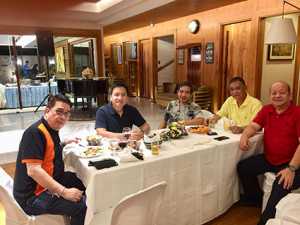 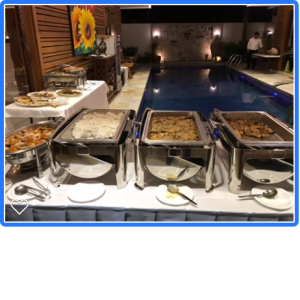 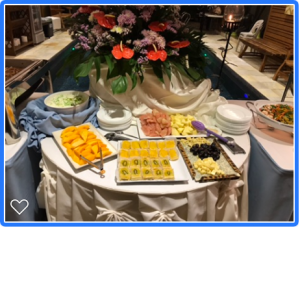 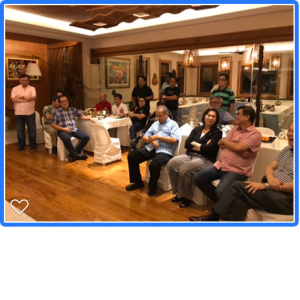 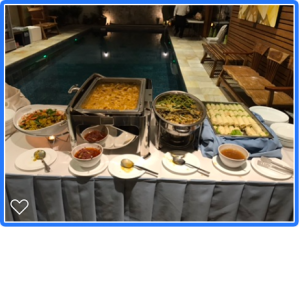 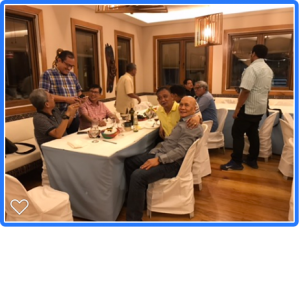 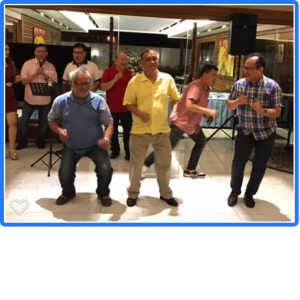 The food was splendid and abundant.  Large selection of drinks just kept flowing in.  Sister Jessica trained her eyes keenly on everything that transpired as she oversaw the party and ensured that everybody received prompt service from the servers who obliged no less, attentive and responsive to guests’ needs.  Plates after plates of numerous food selection were consumed along with bottles of wine, whiskey, brandy, rum, etc., we got them all.  Everybody succumbed to the temporal yearning of the flesh.  Food and drinks enlivened the spirit and emboldened brotherhood.  And what better way to enjoy Filii brotherhood than share the food and drinks among ourselves in lively and joyous exchange of pleasantries on topics of re-living the past and discourses on diverse subjects that fill and close the gap among us, all this happening behind the soothing live music of theme from the 80’s played continuously in the background by the mainstay duo, John Paul Sotto and Karen Silva.

The party just flowed along spontaneously.  Fray Jojo and fray Jo-Al alternately mastered the ceremony.  Personal song requests kept flowing in, vocalists followed in earnest to provide lyrics and melody, hardly anyone can distinguish original from cover voices, a testament to the Dominican legacy in moulding young aspirants in both aspects of spirituality and music.  Frays Abe and Ted attempted to revive a Bicol folk song “Tukaw sa bato” but in the end it wasn’t that much of a version as the lyrics couldn’t be chased from failing memory to provide continuity. After all, forty-four years or so seems an infinity to bridge. 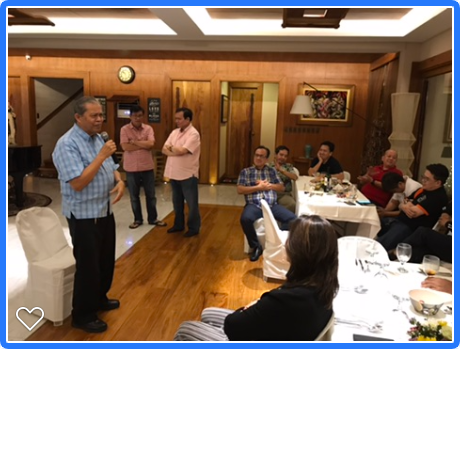 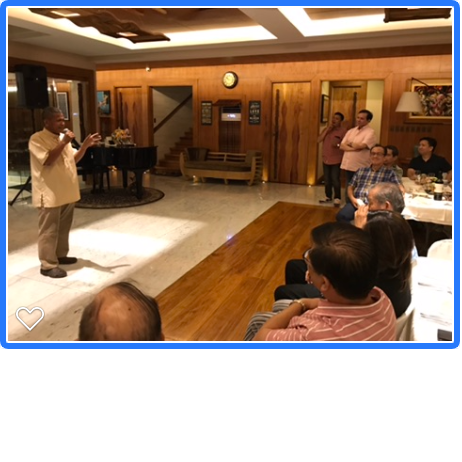 Somewhere in the middle of the party, the commander-in-chief fray Jojo, slowed down the tempo and cued in the speech portion.  Both honorees, Fr. Butch and Fray Ted, gave in to fray Jojo’s masterful plan, each seized their own moments, verbalized their thoughts, and conveyed gratitude to the hosts for their warm hospitality.  Fray Jigs Villaflores, also shared a few insights.  A seasoned speaker on the microphone, fray Jigs knows no time limit in his speaking stint but he eventually concluded his message to everyone’s applause.  Father Boggs Mara also got up and rendered a speech.  Slightly inebriated, as most of us were, he let go of an emotional message.  Father Rey Adalid, who was not spared from the speech portion, likewise got up and said a few inspiring words. 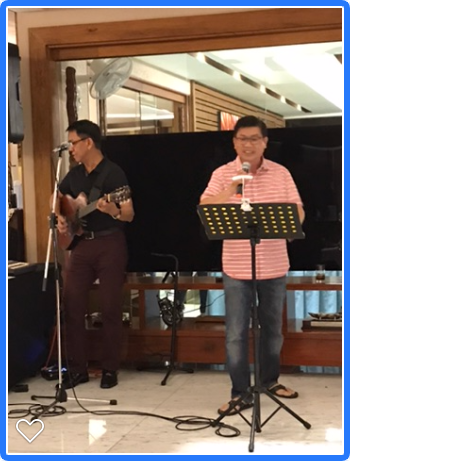 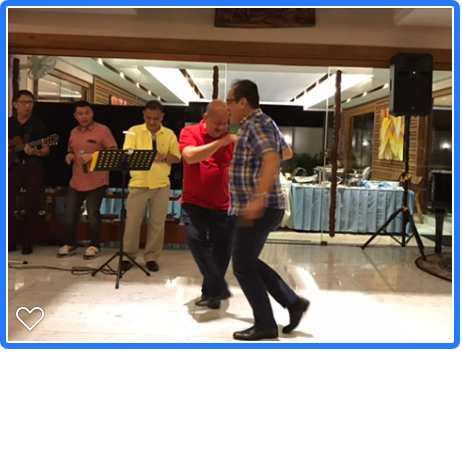 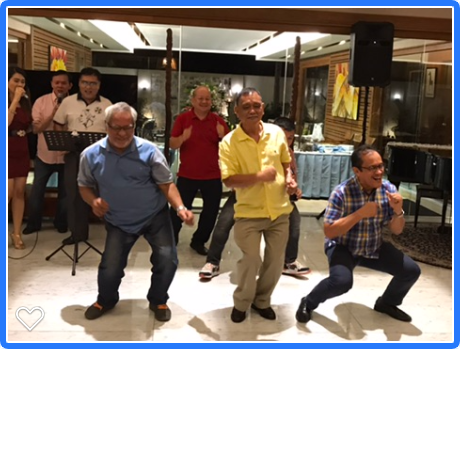 Music, singing and dancing continued on.  An array, or disarray, of dance moves unfolded before our very eyes.  Fray Jo-Al led the act, twisted, bent and contorted his body, lowered himself to the dance floor, used his elbows to stay afloat and rendered a series of tummy waves.  Frays Patrick and Eugene followed fray Jo-Al to the dance floor with their own version of unique dance moves, sometimes incoherent and musically off-beat but the fun was the object and providing it could go beyond their idiosyncratic style.  The quintessential fray Jo-Al was the moniker of flamboyance, he was as big as life.  His abstract renditions of brotherhood, fun, and exuberance are well interpreted before our very eyes.  It was pure entertainment and he did it at the level I have not seen before.  At the end of the evening, he left sound bytes and dance steps that no one could emulate.  It may be hard to envision a party without fray Jo-Al around, but tonight we were graced by his presence and we enjoyed it tremendously just as we did everyone else’s. 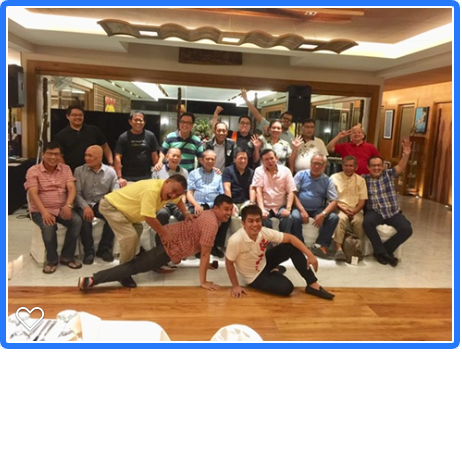 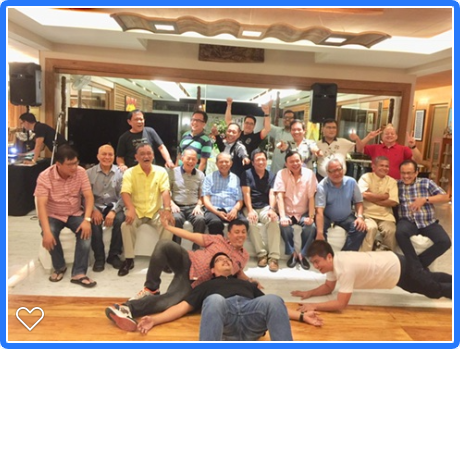 Before we bid good-nights and goodbyes to one another, fray Mike said a few parting words, held the image of our father St. Dominic, gathered us all in the dance floor as we sang “Amang Santo Domingo” in harmony as we stood side by side with one another, arms locked, demonstrating our oneness and solidarity.  The party culminated aptly in group hugs and handshakes.  There will certainly be another party to be held in the Plana’s residence in the future, but that particular night will go down in my book as one to remember and cherish.  On behalf of Filii, my sincere thanks to the couple, fray Mike and sis Je, for their unrivaled hospitality and kindness.

A lawyer, a priest and a politician hunt in the jungle and are captured by a tribe. The tribal chief asks the lawyer, “What do you want on your back for your whipping?” Lawyer responds, “Apply oil!”. So they put oil on his back and whip him ten times. When he is finished, the lawyer […]