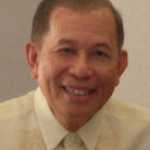 Poet. Philosopher. Motivational speaker. Isaias “Jigs” Villaflores used to be a Professor of Philosophy and Theology in the University of Santo Tomas. He also taught for ten years in Chicago where he became a Branch Manager in the Financial industry field. He has been a perennial winner in Literary Contests and an Editor of 3 magazines. He won the prestigious “Balagtas ng Taon” National Award with his poem “Huling Hapunan.” He used to direct his own plays when he was in the Philippines. His play “San Lorenzo Ruiz” was shown in the Metropolitan Theatre of Manila. He founded Dahlia Academy IN Quezon City to help poor people become financially free. He is the author of the book “THE POWER OF THE INVISIBLE WORLD” where he shared the 6 steps to get whatever you want in ife. After spending 32 years in the US, he is retired right now and would like to spend his Golden years with Lita, sharing his “fruits of Contemplation” with others through his Photo-Poetry videos.

The Pontiff’s Message of Hope

“You can have flaws, be anxious, and ever angry, but do not forget that your life is the greatest enterprise in the world. Only you can stop it from going bust. Many appreciate you, admire you and love you. Remember that to be happy is not to have a sky without a storm, a road […]

The design of our logo includes characteristics that we want to incorporate into its persona. Epistoliorum carries simplicity, friendliness, playfulness, high-spiritedness and exuberance. The choice of type and fonts depict simplicity and friendliness. The curves and contours of the individual letters suggest ease and readability therefore approachable and friendly.  The smoothness in the shapes of […]