It has been a tradition in the Philippines, particularly around the vicinity of the Quiapo Basilica in Metro Manila, that Semana Santa (Holy Week) comes a week after the New Year revelry, or so it seems.  Thousands of the faithful descend to the venue quite popular as plagued by traffic gridlock, petty crimes, supernatural cures, divination and what-not.  Many devotees have vowed to converge into the very heart of Manila with the intent to touch the image of the Black Nazarene on the “day of miracles”, blissfully unmindful of the sweltering heat and imminent danger to life and limbs.  For many people, the risks are nothing in exchange for the opportunity to whisper to Poon (Lord) their prayers, gratitude and thanksgiving. 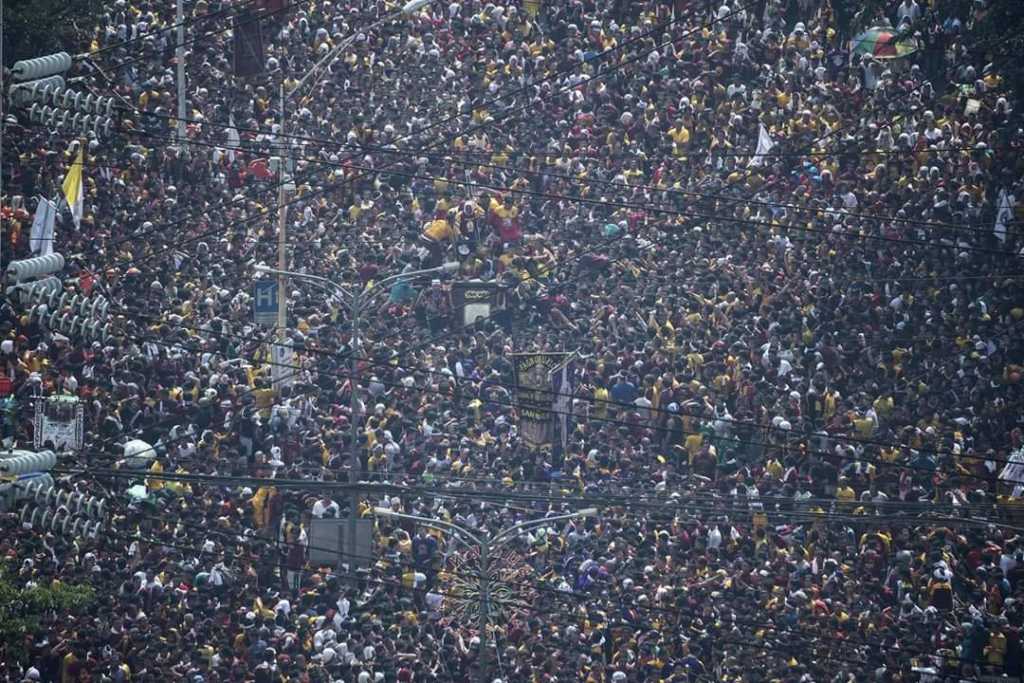 The procession could be best described as a slow waltz — 2 steps forward, one step back; yanking and heaving on the rope attached to the carroza (carriage) amidst a throng seemingly oblivious to pulling a fast one over another just to be able to touch or wipe their towels and handkerchiefs off of the image or cross.  This tradition commemorates the very first traslacion (passage) of the image from San Nicolas de Tolentino in Intramuros (also known as Recoletos Church) to its Quiapo home back in 1787.  The image is actually a replica of the one originally enshrined at the retablo mayor (high altar) of Recoletos Church; both church and image sadly perished in the bombardment and ensuing flames during the Liberation of Manila in the Second World War of 1945. 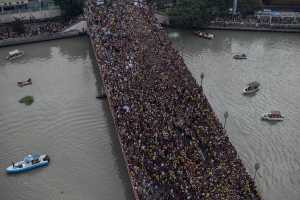 The Black Nazarene, El Nazareno Negro, is a life-sized image of a dark-skinned Jesus Christ, positioned either about to carry His cross or falling from the weight of it.  It is currently enshrined at the Basilica Minore of the Black Nazarene in the town of Quiapo, City of Manila.  Contrary to folk lore, the image was not burnt in fire or darkened by soot from votive candles over the years; it was actually carved by a 16th century Mexican artisan out of a natural dark wood, most probably mesquite (prosopis nigra).  It was transported on galleon by missionaries from Acapulco, Mexico enroute to the Philippine Islands.  The image is long held to be miraculous and reputed to have caused cures from various diseases.

The devotional adoration of the Black Nazarene is often criticized as bordering on superstition, although this could probably be just an expression of the native divination practices that were superceded by Christian rituals during the Spanish colonization.  The ascendant Filipino culture is naturally warm and affable, often expressed through touch, a kiss or an embrace that extends towards sacred objects as their way to acknowledge the presence of the Divine, and their profound respect towards it.

I guess the real question lies not in the practice but in the expression; if joining the procession as a way of tracing the footsteps of the Nazarene is meant to fulfill a vow to make amends and reparation for sinfulness, how many more such processions in its usual frenetic pace must people join to have a really contrite change of heart? 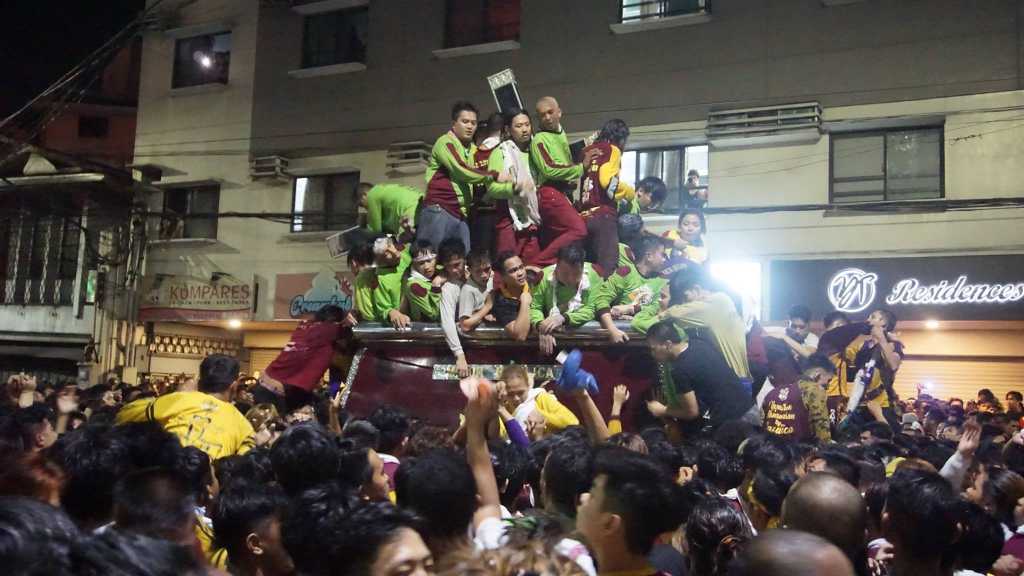 This is a usual game…or should I say unusual?  Hands are dealt but there’s no point in winning, since although one wins, it’s neither a victory nor triumph over something.  For some, it’s a rather selfless game, since the usual player normally shields the other from a bad hand.  Any other, but himself. A game […]