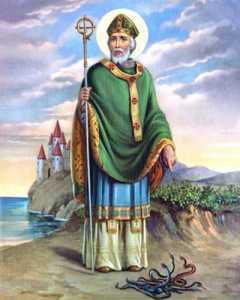 Saint Patrick’s Day in the United States has been traditionally regarded as “booze day” every particular weekend in March, that the public have been so used to the police and administrators of the metro urging folks to take the trains instead of insisting to drive home; and never to take drinks with them into any transport station or public building.  Even Uber, and lately Lyft, have been having a field day during such celebrations that they email ride discount coupons as a teaser to grow their customer following and popularity.  But how did it come to this?

One thing sure about Saint Patrick’s Day is: there is something Irish in all of it.  But many would probably be surprised to learn that Saint Patrick, the Roman Catholic patron Saint of Ireland, was not even Irish!  He was born in Roman Britannia (later called Great Britain) sometime in the 5th century.  When he was about 16 years old, he was captured from his home by Irish pirates to be sold as a slave in Ireland to tend animals.  He escaped to a monastery in Gaul where he converted to Christianity, later coming back to Ireland as a missionary.

Saint Patrick had such tremendous influence in Ireland’s history as could be gleaned from legends told about him.  When Irish settlers emigrated to the U.S., they somehow created bigger celebrations and parades that are known today.  It is a way for the Irish, widely dispersed in different countries, to connect to their roots.

Among the legends attributed to Saint Patrick are the following:

The case of the banished snakes.  The reason why Ireland is free of native snakes was because Saint Patrick did a good job at exterminating them by driving them into the sea — or so it was said.  Of course, the Ice Age might have had something to contribute to it, but tradition was more kind towards the Saint in this respect.

The walking stick that grew into a living tree.  Every time Saint Patrick stopped in a town to preach, he had a habit of thrusting his walking stick to the ground to free up both his hands.  The stick was made of wood from the ash tree.  During one such preaching event, the dogma he was explaining took so long to get through to people that the stick managed to take root by the time he was ready to move on; gradually it turned into a living tree.  The place has since then been called Aspatria, meaning “ash-tree of Patrick”. 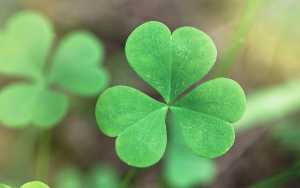 Origin of the Shamrock as symbol.  The concept of the Holy Trinity that states there is only one God but made up of 3 Divine Persons: God the Father, God the Son and God the Holy Spirit was a rather difficult one that has preoccupied the minds of theologians for more or less 2,000 years.  The pagans that Saint Patrick was trying to convert had a hard time understanding the seemingly contradictory idea that God was both one and three at the same time (it could very well be the dogma he was trying to expound on as stated on the point above).  Saint Patrick picked up a young sprig, known as a shamrock, to use as metaphor for the Blessed Trinity.  Unique was Ireland’s admiration for the Saint that until today, the shamrock is used to symbolize Ireland.  The shamrock was even incorporated into the Royal Coat of Arms of the United Kingdom when Britain and Ireland signed the Acts of Union in 1800.

March 17 has thus been popularly known as Saint Patrick’s Day in places where an Irish population is present.  But more than myth or legend, Saint Patrick has managed to transform Christian religious expression into a patriotic symbol merging into elements of culture that are synonymous with Ireland itself.  The many traditions that are attributable to him have endured through time because of their close association with both religious and national identity among the Irish.

Perhaps we can learn a thing or two from Saint Patrick.  Saint or sinner, do other nations or cultures have such powerful symbol that could unite their people and make them historically relevant stalwarts of traditions?

Spiritual Journey to the Shrine of Our Lady of Manaoag

Manila, Philippines, October 11, 2017. FSDPI (Filii Sancti Dominici Philippinensis Inc.) in May 2017, launched its first pilgrimage project to the Basilica of Our Lady of Manaoag where the image of Blessed Virgin Mary as Queen of the Most Holy Rosary is enshrined. The project is managed by the FSDPI committee on Apostolate with the full […]