This is a usual game…or should I say unusual?  Hands are dealt but there’s no point in winning, since although one wins, it’s neither a victory nor triumph over something.  For some, it’s a rather selfless game, since the usual player normally shields the other from a bad hand.  Any other, but himself.

A game of cards involves a fair amount of chance and luck.  A gambler takes risks to a certain point and predisposes himself towards accepting a certain loss whether monetarily or in dignity.  But for an ordinary person, must he quit playing altogether just because there’s an equal or greater odds of losing?  For those uninitiated who don’t know the rules, sometimes a single loss is one too many.

“Lay your cards on the table” is a figurative expression we have been so used to.  It implies a certain level of transparency and maturity in accepting that there are factors within the “game” that while beyond our control, should not cause us to lose that control entirely.

There are the so-called “players” who have been so encouraged by past winnings at the expense of the losing hand.  Most of the time, they travel from one place to another betting on their luck, which at some point have become so layered, that losing once or twice don’t matter at all.  They do know how to play the game or if needed, bend the rules; and chances are, they play against the weaker or unlucky player.

Some require a considerable amount of practice.  But some may have not been endowed with an ounce of good luck that they never go beyond the virtual game or the solitary exercise, where all bets are off, other than a rare privilege to learn.  However, nobody really learns from an unreal game.  The mettle is put to the test in the actual combat where there is a price to pay or something of value is at stake.

“There was a man, a lonely man
Who lost his love through his indifference
A heart that cared, that went unshared
Until it died within his silence.”

A lost dollar is never regained back–it may be won, but it is somebody else’s dollar–just not the same dollar as the first or final one.  Some have been afraid to start at all for fear of losing.  But as in most cases, you lose some and win some, so betting shouldn’t necessarily be a bad thing…or should it?  The universe may have endowed us with that one-time gift: the one they call “beginner’s luck”.  But maybe some people are just not born with it, and the first time they tried, is the same time they also promised never to play again.

“Another day, a lonely day
So much to say that goes unspoken
And through the night, his sleepless nights
His eyes are closed, his heart is broken.”

Solitaire seems like a pastime for the “weak” ones, since this is the only way for them to play while saving their prized possessions; never to lose them in a bad hand or promise of diminishing returns.

“And keeping to himself he plays the game
Without her love it always ends the same
While life goes on around him everywhere
He’s playing solitaire.”

Lately, I have had a good hand practicing where the promise of fortune beckons loud and clear.  A series of good hands lent a high-level of confidence, and a positive run-rate of the odds gaining in my favor.  And just as the last deck was shuffled to reveal another magic hand, I realized that I won against myself who ended up, losing just the same.  I guess there’s really no sense or cause for celebration in winning against oneself because one ends up with a part that has absolutely lost and may not gain back the confidence to trust the game again. And just as I decided to finally gamble away my good chances, I found that the players at the table have all gone.

“And by himself it’s easy to pretend
He’ll never love again.” 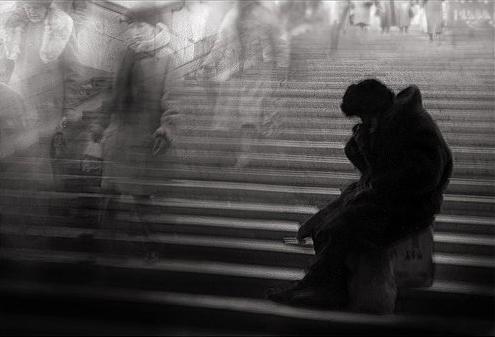 Our Gospel for today is about a rich man, Zaccheus, who was a public sinner. Everybody in Jericho knew that as a tax collector, working for the Romans, he extracted exorbitant taxes from the people while he collected high commissions from the foreign government. He made himself wealthy as more and more people became poor. […]

Editors’ note: Fray Jimmy has served the Rotary as Past Governor for Rotary International District 3830 and Past President of Rotary Club of Rizal West in the National Capital Region, Philippines One of the things I am often asked about is my involvement in Rotary. Why am I seen and heard doing Rotary work in so many […]