O Light of the Church, Doctor of Truth,
Rose of Patience, Ivory of Chastity.
You freely poured forth the waters of wisdom.
Preacher of grace, unite us with the blessed.
–“Lumen Ecclesiae” (from the Dominican Book of Prayers)

Domingo de Guzmán was born at Caleruega in Castile of Spain, possibly a year or two later than 1170, the traditional date. His father was lord of the manor in the village, and his mother was also from the local nobility. He studied at Palencia and then joined the Canons Regular (a religious community attached to the cathedral of a diocese) of Osma about 1196, and he became sub-prior, or assistant to the superior, a few years later. In 1203, Diego, bishop of Osma, was sent on a royal mission abroad and took Dominic with him.

This journey first made Dominic aware of the threat posed to the Church in the south of France by the Albigensian heretics, or Cathari, who were reviving and developing the Manichaean teaching that two supreme beings, Good and Evil, dominate spirit and matter respectively, so that whatever concerns the body—such as eating, drinking, procreation, and the possession of worldly goods—is essentially evil, and the ideal is the renunciation of these things and even of life itself. Thus, there arose among them a caste of the “perfect,” who led a life of great austerity, while ordinary people were regarded as reprobates. A regularized Albigensian hierarchy had come into existence, and local feudal lords, especially the count of Toulouse, supported the Albigenses. Pope Innocent III had launched a mission to preach against the heresy.

On a second journey Dominic and the bishop visited the Pope, who refused their request to preach to the pagans, so they returned to France. In 1206 the Papal legates and preachers, depressed at the failure of their mission, consulted the bishop and Dominic, who reasoned that the heretics would be regained only by an austerity equal to their own; the preachers must tramp the roads barefoot and in poverty. This was the birth of Dominic’s “evangelical preaching.” An important part of his campaign was the establishment of a convent of nuns at Prouille, formed in 1206 from a group of women converted from the heresy.

In 1208 the Papal Legate, Peter de Castelnau, was murdered by an emissary of the Count of Toulouse. The Pope called upon the Christian princes to take up arms. The leader on the papal side was Simon de Montfort, a subject of the king of France. The Albigensian leader was Raymond VI, count of Toulouse, an opponent of the king of France and brother-in-law of King John of England, lord of neighboring Aquitaine. Dominic’s work, though confined to the Prouille area, continued, and six others eventually joined him. Meanwhile, the civil war dragged on until Simon’s victory at Muret in 1213. The Catholic party entered Toulouse, and Dominic and his friends were welcomed by the bishop, Foulques, and established as “diocesan preachers” in 1215. 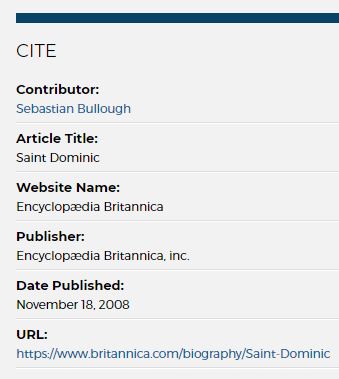 Foundation of the Dominicans

From Foulques’s charter in that year, Dominic’s design for an order devoted to preaching developed rapidly. A characteristic concern was for the theological formation of his men, whom he therefore took to lectures given at Toulouse by an Englishman, Alexander Stavensby. Still in 1215, he went to Rome with Foulques (bound for the Fourth Lateran Council) to lay his plans before the pope, who, however, recommended adoption of the rule of one of the existing Orders. It was, perhaps, at this time that Dominic met Francis of Assisi (though the meeting may not have taken place until 1221), and the friendship of the two saints is a strong tradition in both the Franciscan and the Dominican orders. In the summer of 1216 Dominic was back at Toulouse conferring with his companions, now 16 in number. This meeting has been called the capitulum fundationis (“chapter, or meeting, of foundation”). The rule of St. Augustine was adopted, as well as a set of consuetudines (“customs”), partly based on those of the canons regular, concerning the divine office, monastic life, and religious poverty; these are still the core of Dominican legislation. In July, Innocent III died, and it was from his successor, Honorius III, that Dominic, once more in Rome, finally received on Dec. 22, 1216, formal sanction of his order.

The Order was now an established body within the church, and Dominic returned to Toulouse. On Aug. 15, 1217, he sent his men to Paris and to Spain, leaving two each at Toulouse and Prouille, while he and another went to Bologna and Rome. He placed his two principal houses near the universities of Paris and Bologna and decided that each of his houses should form a school of theology. This at once determined the capital role that the Dominicans would play in university studies. In setting up his houses in the larger cities, especially in those that were teaching centers, he involved his Order in the destiny of the medieval urban movement. 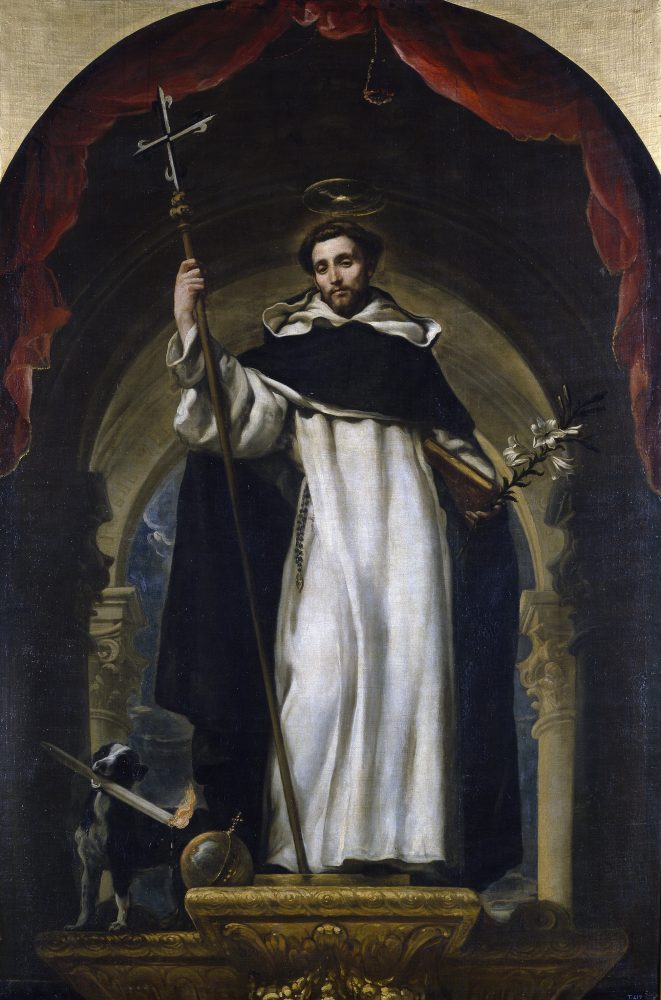 Dominic was gifted in being able to conceive his ideal, to form his men to that ideal, and then to trust them completely. His leadership had great clarity of vision (even to the geographical distribution of his forces and precise details of legislation), firmness of command, and certainty of execution. At the same time it was said of him that his gentleness was such that anyone who came to speak to him, even for reproof, went away happier.

The rest of Dominic’s life was spent either in Rome, where he was given the Church of San Sisto, or traveling. In 1218–19 he made a great tour (3,380 miles entirely on foot) from Rome to Toulouse and Spain and back, via Paris and Milan, and in 1220 a tour of Lombardy. Everywhere his communities were growing, and he planned many new foundations covering the key points of France and northern Italy. In Rome the pope gave him the delicate task of reforming various groups of nuns, whom he finally gathered at San Sisto in 1221, when the men moved to Santa Sabina, which is still the residence of the Master of the Order.

The Order of Preachers is world-wide and noted especially for its intellectual achievements; it has become the mouthpiece of scholastic theology and philosophy today. There are Dominican establishments adjacent to almost all the chief seats of learning, and the founder has sometimes been called “the first minister of public instruction in Europe.” The Dominicans are cloistered, but there is also a Third Order for active workers in the world, religious and lay. In contrast to most other Orders within the Church, the Dominican Order, in its 800-year history has never needed to be reformed. The Order of Preachers has been given the nickname Domini canes or “The hounds of the Lord”, a popular symbol of the Order of Preachers is a dog with a burning torch clutched in its mouth running, setting the world ablaze for Christ.

LUIS ANTONIO CARDINAL TAGLE, Archbishop of Manila, was proclaimed Peace Awardee for 2018 by the Rotary Club of Makati-San Lorenzo, on February 23rd 2018.  This was also in celebration of the 113th anniversary of Rotary International. Among its 6 Areas of Focus is Peace and Conflict Resolution. Here are some of my takeaways from his extemporaneous […]

My descent from the back of a carabao Water buffalo – rice paddies – sugar cane plantation – scythe – farm bolo or machete – unleashed dogs – kerosene lamp – farmers planting or harvesting – chicken and swine roaming freely.  These are some of the many images pictured vividly in my humble beginning.  Images […]